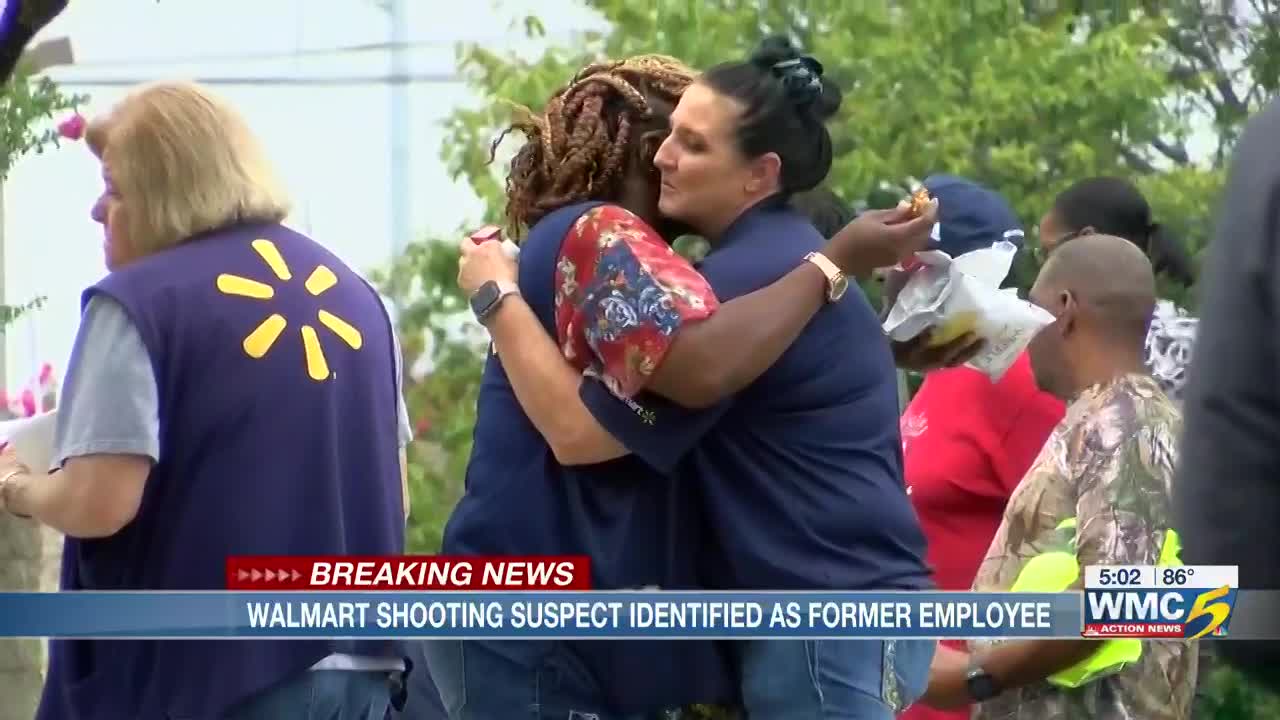 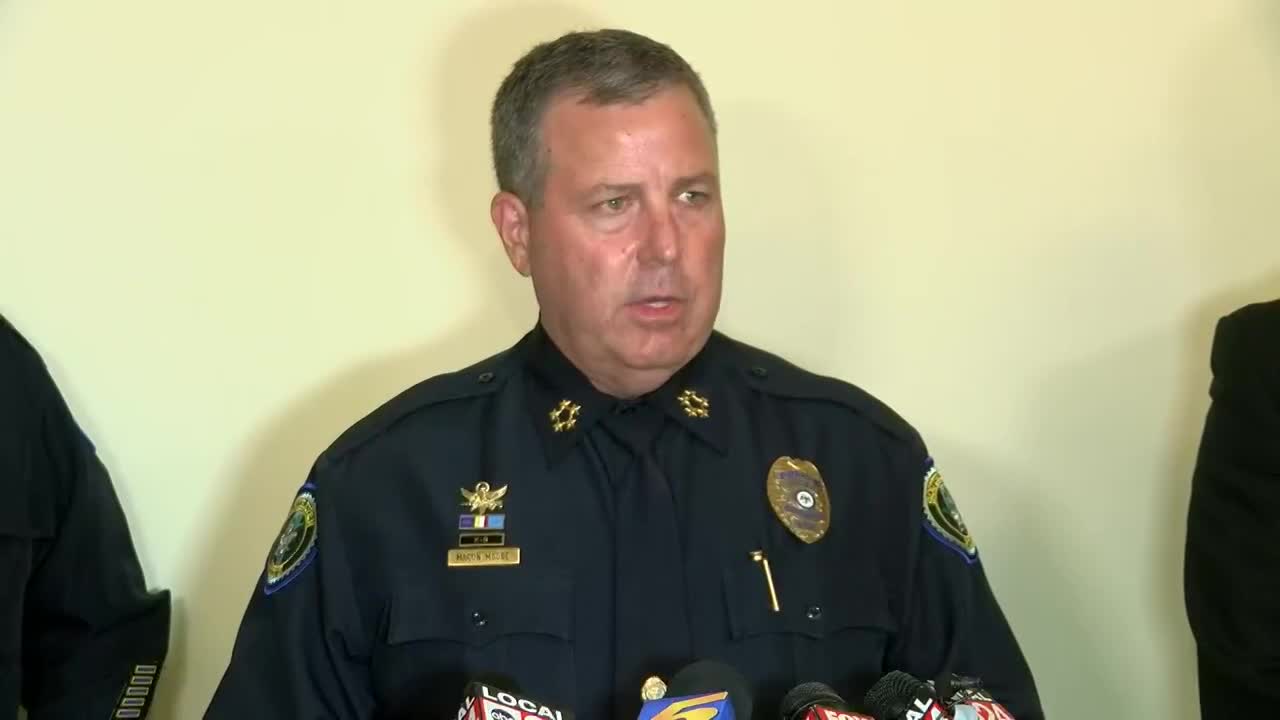 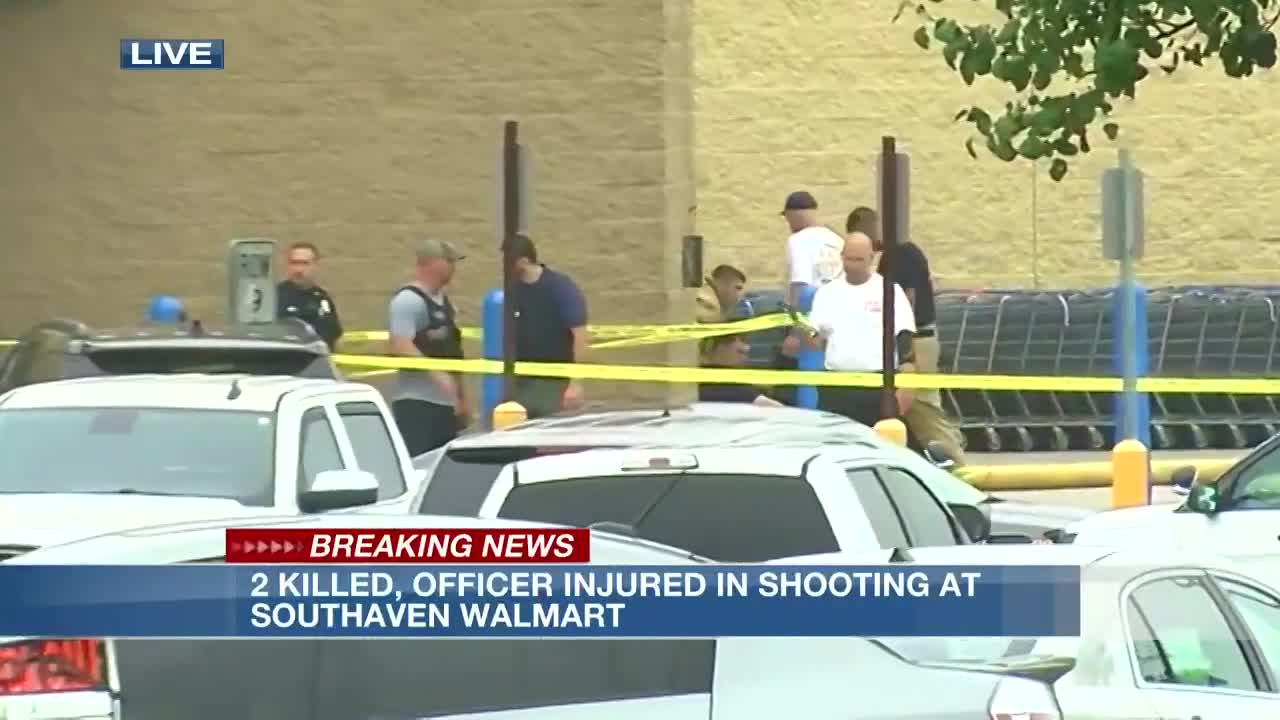 SOUTHAVEN, Miss. (WMC) - Two people are dead and two more are wounded after a shooting Tuesday morning at Walmart in Southaven, Mississippi.

Walmart employees in Southaven embrace after two of their coworkers were shot and killed July 30, 2019. The suspect is a disgruntled former employee. (Source: WMC)

Prosecutor John Champion identified the suspect as 39-year-old Martez Abram at an afternoon news conference. Abram is charged with two counts of murder.

The victims have since been identified as 40-year-old Anthony Brown, of Olive Branch, Mississippi, and 38-year-old Brandon Gales, of Hernando, Mississippi.

“These people were doing the same thing that you and I do every day, showing up for work in an attempt to provide for their families when they became victims of a senseless violent act,” said Moore.

Moore says the first 911 call came in at 6:33 a.m. Callers told police there was an active shooter at the store, and another reported a fire inside the building, which Champion confirmed.

Moore says officers responded within minutes and found the suspect outside in the parking lot. They exchanged gunfire and one officer was shot, but Moore says his a bulletproof vest saved the officers life. Another officer shot the suspect twice.

The suspect was taken into custody and taken to the hospital in Memphis where he underwent surgery.

The Shelby County Sheriff’s Office Bomb Squad responded for a report of a suspicious package inside the store. Champion says investigators determined it was nothing concerning.

Moore says about 60 employees were inside the store when the shooting occurred. Many of the employees waited in a neighboring parking lot after the shooting.

One shopper says she was in the electronics section when she heard two gunshots inside the store followed by someone yelling “Code Brown.” She says she looked up and saw a man with his arms raised. That’s when a store employee grabbed her and told her to run.

“Our police really showed their guts today,” said Musselwhite. “If it hadn’t have been for their efforts, there would’ve been more lives lost.”

Southaven police also asked the Bureau of Alcohol, Tobacco, Firearms and Explosives to search the suspect’s home as part of the investigation.

Walmart released a statement, saying their hearts are with the victims and their families.

A store manager says the Southaven Walmart will remain closed for the day and they aren’t sure when it will reopen.

Read the original version of this article at wmcactionnews5.com.