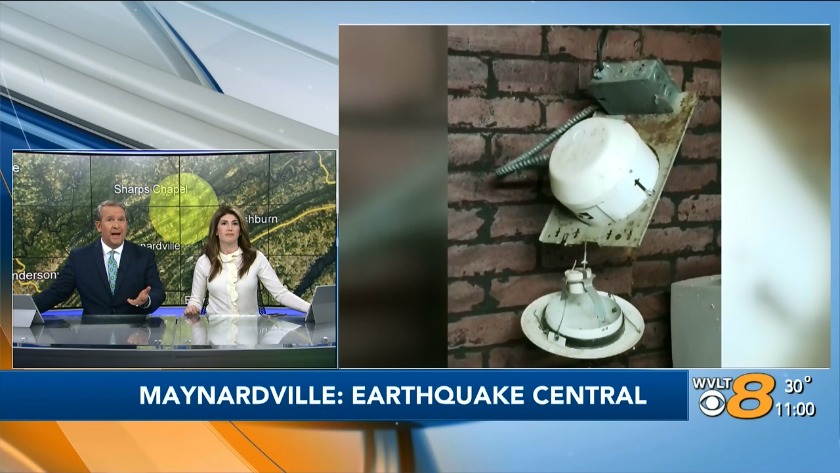 Why some heard an explosion after Tuesday's earthquake 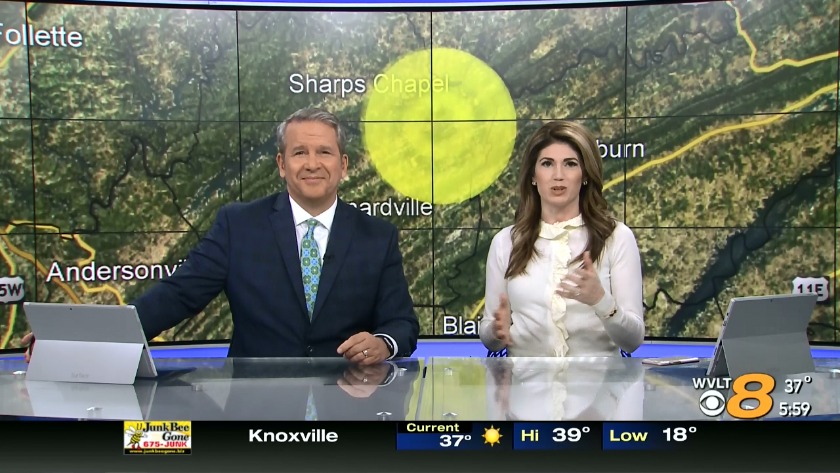 MAYNARDVILLE, Tenn. (WVLT) -- The USGS says a 3.4 magnitude earthquake hit near Maynardville on Tuesday. Originally, the USGS reported it was a 3.3, but upgraded it at around 4:30 p.m.

The "TV shook, and the bed shook," said a Jefferson County resident who called WVLT News to report the quake.

Beverly Clark, of Union County, sent WVLT News a picture of a broken light fixture, damaged in the quake. "I have been in a few earthquakes, but I have NEVER heard the BOOM this one made," she said. Clark also said her house shook twice and made a ceiling tile in the basement fall.

"The whole house shook," said a Washburn resident, "I blamed him [her husband], thought he was doing something with the chainsaw."

Kettle Hollow Road is epicenter of the quake and is about 25 miles away from Knoxville, but residents still reported feeling it.

A resident in Fountain City reported feeling it. "The house literally shook," she said. "There was a noise with it."

This is just one of many that have hit the East Tennessee area recently. One hit near Rutledge on Feb. 26 and Harriman on Feb. 22, and several others hit the area at the start of 2019.

Knoxville and surrounding areas do not sit on a traditional plate boundary, what we often think of as causing tremors. Instead, we sit along the East Tennessee Seismic Zone. Most local earthquakes are 'weaker,' but some people will still feel the ground shaking if the magnitude is 2.5 or higher.

You may hear sounds with earthquakes. According to the USGS, many people report hearing loud "booms" along with seismic activity.

"No one knows for sure, but scientists speculate that these "booms" are probably small shallow earthquakes that are too small to be recorded, but large enough to be felt by people nearby," USGS says.

Experts say the "big one" is always possible, however.

To report an earthquake, or earthquake-like event, go here.