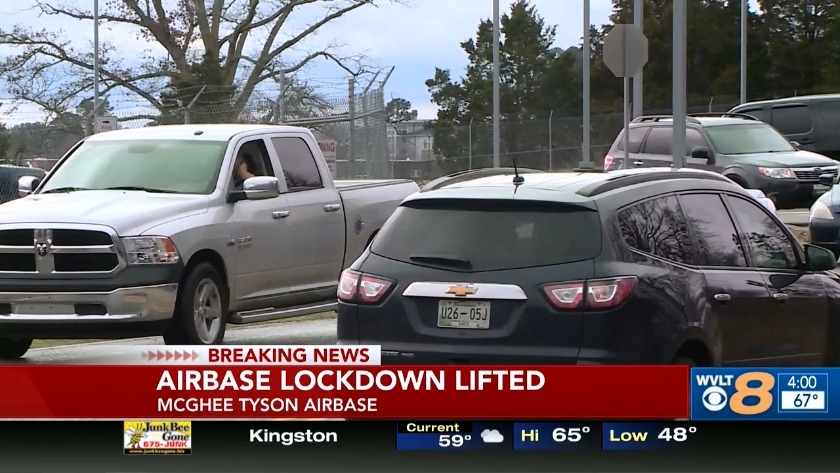 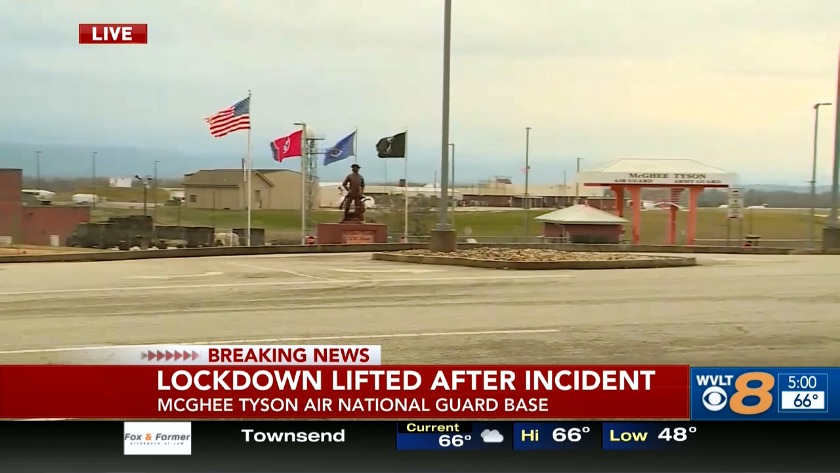 ALCOA, Tenn. (WVLT) — The McGhee Tyson Air National Guard Base is clear and the lockdown lifted Wednesday afternoon, hours after a spokesperson for the base initially told WVLT News a possible active shooter situation was unfolding.

Those initial statements, provided by Lt. Col. Travers Hurst to WVLT News during the early stages of the situation, were later deemed inaccurate.

Officials eventually came to understand that a witness had misinterpreted what they originally reported was a suspicious person carrying a gun on base.

The Blount County Sheriff's Office responded to the scene and searched building to building for that reported suspicious person.

Just after 3 p.m. BCSO said the scene was clear and no suspicious person was found.

The 134th Air Refueling Wing announced on Facebook at around 5:30 p.m. that the base was "clear." No shots were fired and no injuries were reported, the release said.

"This situation undoubtedly caused concern for our airmen and the local community, but we are thankful that an airman who thought they saw something, said something," said Col. Ronald Selvidge, commander of the 134th Operations Group. "This is a scenario we train for and I am encouraged by the swift action of our base defenders and law enforcement agencies who immediately responded and cleared the areas, as well as all of our airmen and civilians on base who followed the lockdown procedures we train for."

"We did a full sweep of the area, we reinterviewed some witnesses and determined the situation was misinterpreted," said Lt. Col. Travers Hurst. He now says he thinks the student “didn't see what they thought they saw.”

Initially, Hurst told WVLT News a possible active shooter situation was reported at the base just after 11 a.m. Wednesday which prompted a lockdown. No one was hurt.

“Tenn. Nat. Guard security personnel are currently working w/state and federal law enforcement at McGhee Tyson Air Base on reports of suspicious activity. There are no reports of injuries. Situation is developing and more information will be released as it becomes available.”

McGhee Tyson Airport was not be impacted by the lockdown. The airport's website showed all flights arriving and departing as normal.

Check the status of your flight here.

A press release from officials at the airbase said, "Tennessee National Guard security personnel are currently working with state and federal law enforcement at McGhee Tyson Air Base on reports of suspicious activity. There are no reports of injuries. The situation is developing and more information will be released as it becomes available."

During a news conference, officials said they had 100% accountability for everyone at the base.