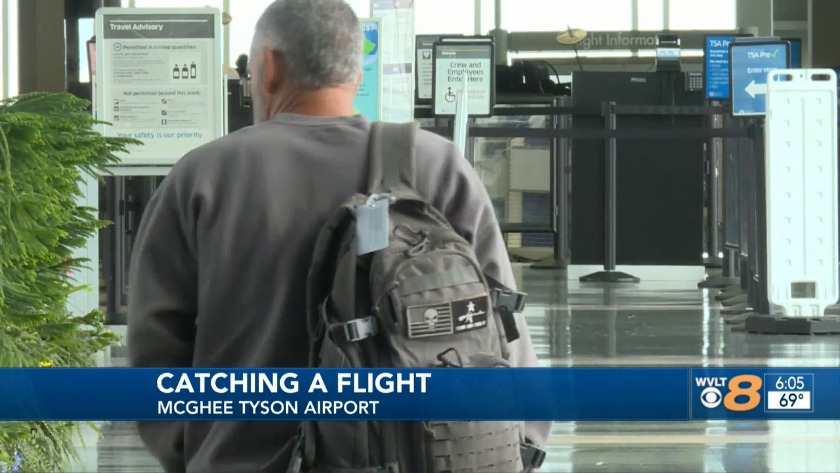 Ashley Bohle catching up with travelers 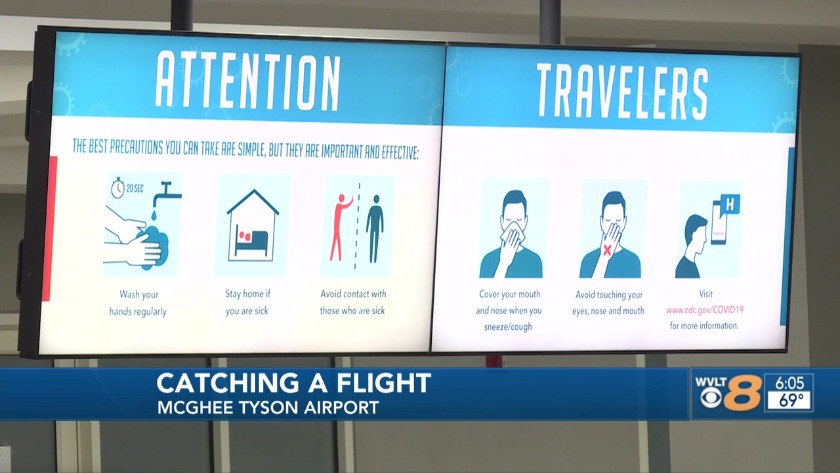 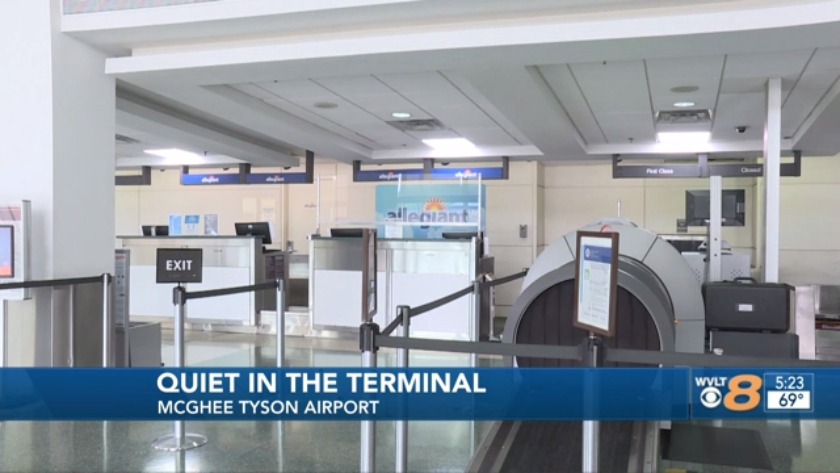 Quiet in the Terminal

ALCOA, Tenn. (WVLT) -- People who travel by plane at McGhee Tyson Airport have been doing much less traveling in April and May, but numbers have started rising again.

"In April, we saw about 5 percent of the traffic we would normally see on an average April. In May we're seeing that 5 percent grow to about 10%, but again right now it's mostly essential travel," said Becky Huckaby, airport spokesperson.

"And it's slowly returning to the non-essential travel. So it's something we're monitoring very closely," Huckaby explained.

Barry Matherly, of Michigan, wanted to take some time off from work to just relax. He visited Blackberry Farm with his wife.

This trip was his first test run in months.

"The flight coming here everybody was spaced out and everyone's wearing a mask. I have a mask in my pocket," explained Matherly, "And everything was clean. Other than reduced service on the plan, we understand, everything else was perfect."

Valerie Barto traveled back to her home in Florida after helping her daughter in East Tennessee recover from surgery.

The 84-year-old woman said she recognizes she's in the age range to stay home, but said she needed to help her daughter.

Coming to Knoxville, she was nervous about her flight with being in close contact with people since she said she'd been inside for so long.

Barto wore a mask and gloves and used hand sanitizer when she needed to stay safe.

"I knew I was taking a chance at my age, but I knew she needed me. And I thought, I felt like I needed to go for her. And I prayed about it and I got an answer. And here I am," explained Barto.

Barto said she does not plan to travel anymore this summer.

Staff at the airport are also making adjustments in compliance with CDC guidelines.

Huckaby said they're cleaning restrooms on an hourly basis with hospital-grade disinfectants. Additionally, they've increased the cleaning of high traffic areas around the airport.

The airport is down about 50 percent in the number of total flights for April and May.

"I've been at the airport for over 20 years, and it's definitely the lowest I have ever seen it. We did have a three day stop of flights following 9/11. Which was something very different obviously for aviation, but this is a much longer retracted situation that we're finding ourselves in," said Huckaby.

Huckaby said Allegiant will be adding two new destinations later this week. Thursday it is set to add Chicago to its service and Friday they'll add Austin.

Huckaby also said they are expecting lower than normal numbers for Memorial Day weekend as well.

One dead after motorcycle crash on I-40

One dead after motorcycle crash on I-40