"You are blind": Rocky Top Rowdies get rowdy over 'bumpgate' 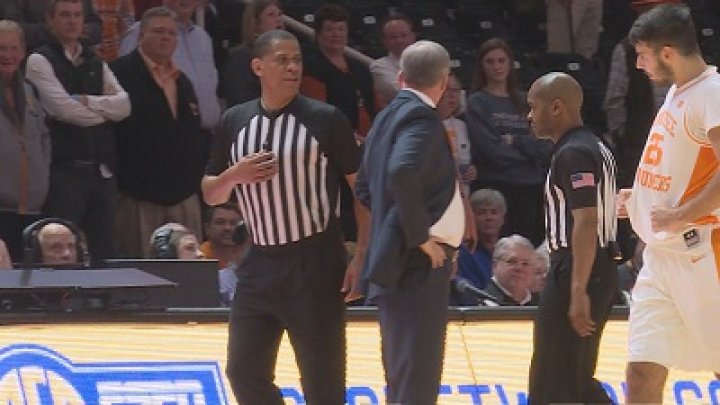 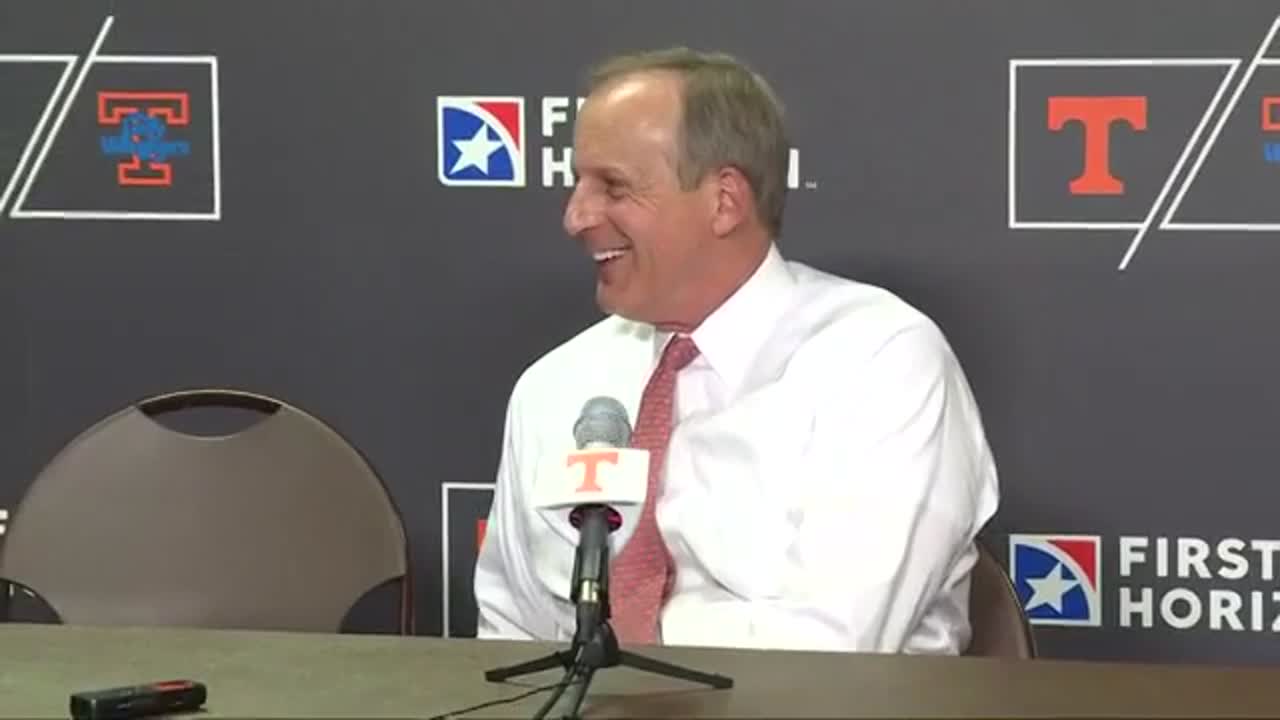 KNOXVILLE, Tenn. (WVLT) -- A tough loss for the Vols to Texas A&M wasn't without some controversy about SEC officials on Tuesday night in Knoxville.

Tennessee fell to the Aggies 63-58 on Tuesday night, and the were out-rebounded 46-21. During the post game, Barnes said he was "disappointed" in the rebounding after questions from media on the stat.

That wasn't the only thing Barnes was asked to comment on.

During the game, SEC official Mike Nance was caught on camera appearing to bump into Barnes, who was standing still on the sideline. Nance then appears to accuse Barnes of being in his way.

You can watch the video below:

Users on social media were quick to call out the moment on Twitter, one user said, "Are you kidding me?!" and posted the video.

*Rick Barnes standing in a normal position when ref runs directly into him*
Ref: “Did you just shoulder bump me?”
Are you kidding me?! pic.twitter.com/qDxlynwNED

Social media users weren't the only ones getting heated over the incident.

WVLT Sports got video of the moment, as well as the Rocky Top Rowdies getting angry.

So here's my angle of official Mike Nance bumping into @RickBarnesUT & yes that's the way it appears to be with the HOF coach looking at the court. Also enjoy the commentary by the @RockyTopRowdies 😄 @SEC @SportsCenter @wvlt @barstoolsports @Volquest_Rob @SportsRadioWNML pic.twitter.com/TFM3EKcAJH

One can be heard screaming, "You are blind. This was the worst called game I have ever seen," as Nance walks away.

When asked about it during the post game presser, Barnes said, "I really have a lot of confidence in the SEC office, that they're going to look at that, and I believe they'll look at this game."

He added, "It shouldn't happen in any way, shape or form. I'd like to say what I want to say, but I won't because I just trust the SEC office will do the right thing."

You can watch Barnes' full comments below.

Junior John Fulkerson led the Vols (12-8, 4-3 SEC) with 15 points and a team-high six rebounds. It marked the sixth time in seven games that Fulkerson has scored in double digits. Senior Jordan Bowden was right behind him with 13, followed by junior Yves Pons, who scored 10.

The Aggies (10-9, 4-3 SEC) were paced by freshman Wendell Mitchell, who recorded 23 points on the night. The Big Orange held Texas A&M to a 30.4 percent shooting percentage and forced 14 turnovers, but the Aggies' 46-21 advantage in rebounding and 16 second-chance points were enough for them to overcome any offensive shortcomings.

Both teams started slow offensively, but Tennessee went on a 5-0 run to gain its largest lead of the opening half at 14-6. The Aggies then went on an 8-0 run to tie the game at 14-14, but the Vols responded with back-to-back dunks from Pons and James to put the Big Orange up by four, 18-14.

But A&M closed the first half strong and managed to take a 25-24 lead into the break.

The Big Orange scored the first eight points of the second half with three free throws from Santiago Vescovi, a 3-pointer from Pons and a lay-in from Fulkerson to put Tennessee on top again, 32-25.

Fulkerson scored the next seven points for UT, but the Aggies kept things close.

Texas A&M went on their second 8-0 run of the night later in the second half, taking the lead, 40-39, with slightly more than 10 minutes left to play. Bowden ended a UT scoring drought with a momentum-shifting dunk, giving Tennessee the lead back yet again.

With less than a minute left in regulation, Bowden delivered a clutch 3-pointer, tying the game at 53-53.

But the Aggies responded with a triple of their own when Mitchell hit from beyond the arc--a shot that proved to be the game-winner.

Block City: Tennessee came into the game ranked ninth in the nation in blocks per game (5.9 bpg) and kept that pace by recording a season-high nine blocks. Tennessee has now recorded 121 blocks on the season, upping its average to 6.1 per game. Tuesday marked the fourth time the team recorded eight or more blocks in a contest this year.

Yves Making His Mark: Yves Pons finished the contest with two blocks, marking his 20th consecutive game with at least one block. It also marked the fifth-time this season that the junior has made two or more 3-pointers in a contest.