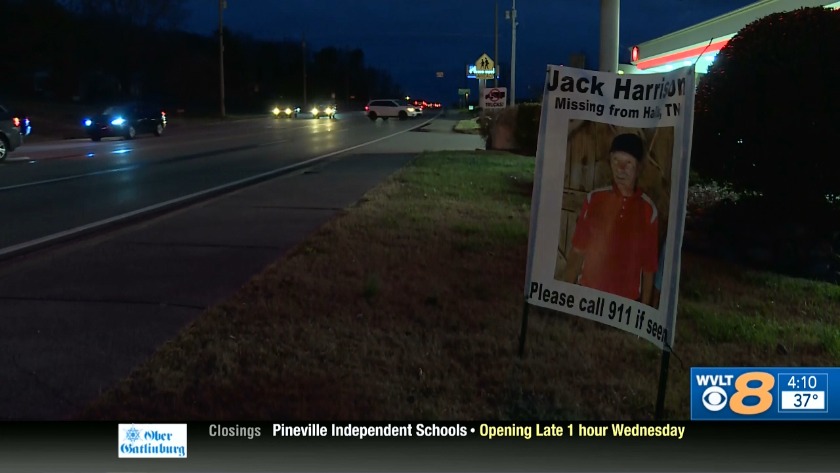 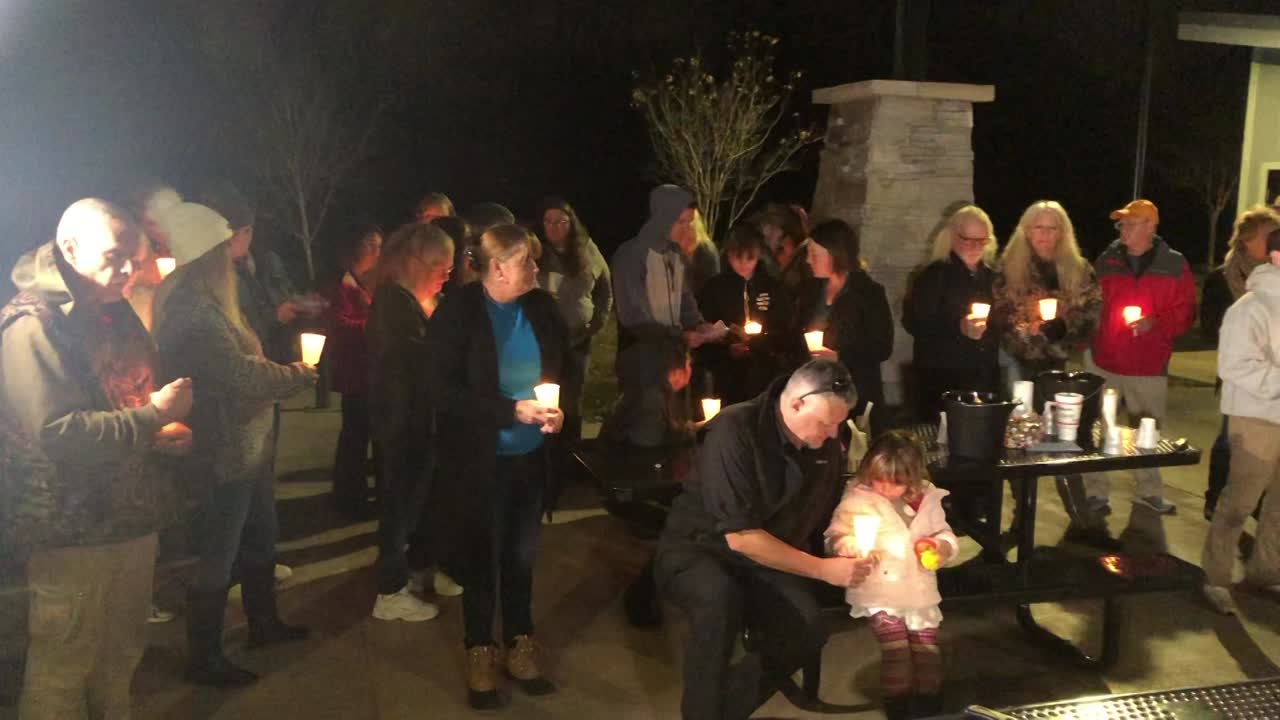 Sheriff Spangler said "I want to personally thank each one of my Detectives, Officers, K-9's and Civilian employees who spent numerous hours searching for Mr. Harrison. The entire Halls Community, as each of you have shown the true definition of what "community" really means. To all of our sister agencies that came to assist in the search, their K-9's, their Officers and to the many residents of Knox County and beyond who shared the photo and description of Mr. Harrison in hopes of bringing him home safely. Lastly, to the media, I appreciate your hard work and the efforts that each of you made to keep his story going."

"To the Family and Friends of Mr. Harrison words are inadequate for your loss. On behalf of my Family and our Knox County Sheriff's Office Family we send you our sincere condolences and heartfelt prayers." - Tom Spangler

The family of Jackie Harrison, a 77-year-old man who went missing nearly three weeks ago, held a vigil in his honor Monday night.

The vigil was held at Clayton Park in Halls near the Walmart Harrison went missing from on Nov. 17.

Investigators said Harrison, who has dementia, was separated from his family at a Walmart in Halls. His wife said he went inside the store to use the bathroom and he never returned.

During the vigil family members told WVLT they believe his body was found over the weekend. On Sunday, during a search for Harrison, a body was found in Beaver Creek. Officials with the Knox County Sheriff's Office have not confirmed the identity of the person found.

Harrison's sister, Pamela Ridenour, said she's thankful to the search crews who were able to locate him.

"I would've never thought in a million years that these people out here who never knew us or saw us would even know us would come together for a famly they didn't know to help bring closure to this family," Ridenour said. "We are very, very thankful."

The family planned a visitation Saturday from 5 p.m. to 7 p.m. at Mynatt Funeral Home in Halls.