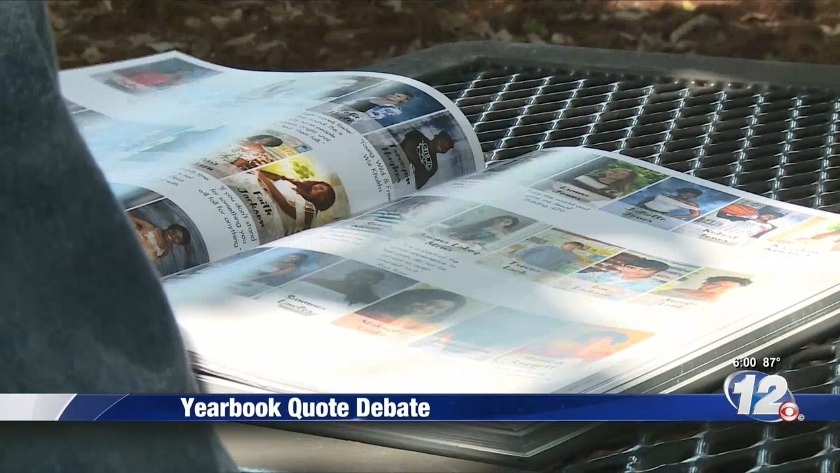 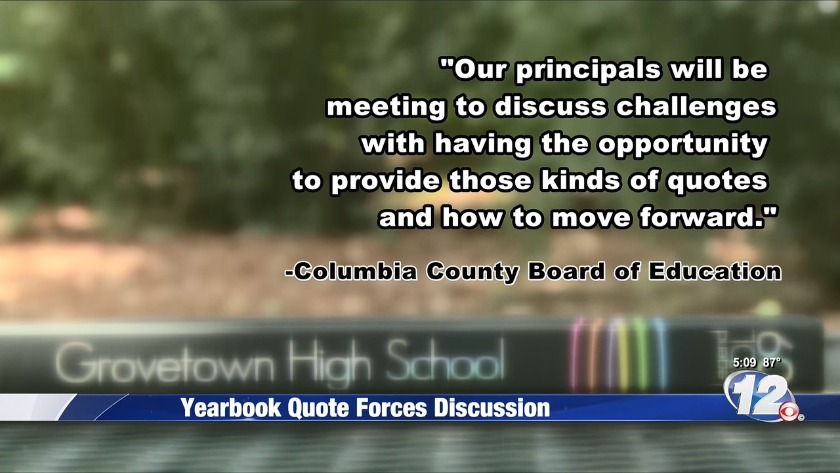 COLUMBIA COUNTY, GA (WRDW/WAGT) - Grovetown High School and Columbia County Board of Education officials are looking into how an eyebrow-raising quote in a yearbook made it into the final product.

The photo is of a student who has a self-attributed quote that reads, "I don't know why people think Jesus Christ is coming back, he wasn't nailed to a boomerang."

The quote and the photo have since gone viral. Mary Gray, a friend of the student who wrote the quote, says it was an innocent joke.

"He didn't mean anything by it, I'm sure," Gray said. "He wasn't targeting religious people because he is religious."

According to Abbigail Remkus with Columbia County, district principals will meet to discuss challenges with having the opportunity to provide quotes and how to move forward.

Over at Greenbrier High School, staff went back and covered a student's controversial quote on every single yearbook that went out.

The quote was a sexual reference from "The Wolf of Wall Street."

These days, the Board of Education is deciding whether yearbook quotes should be allowed at all.

Read the original version of this article at wrdw.com.

Protests shift to memorializing Floyd amid push for change

Protests shift to memorializing Floyd amid push for change