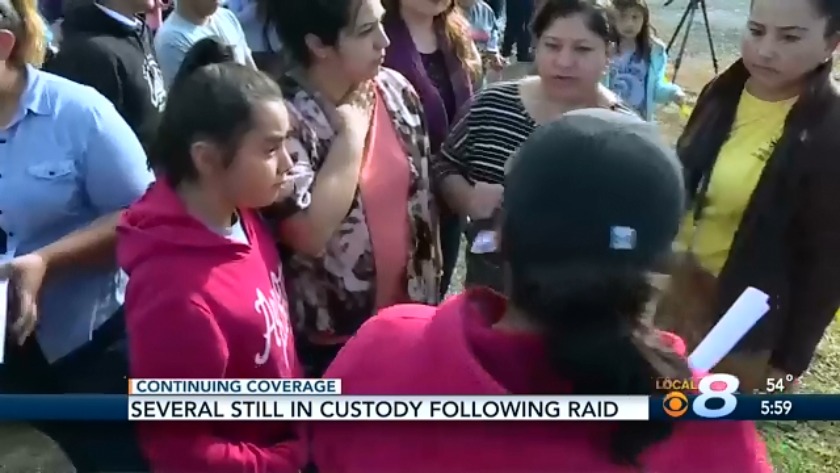 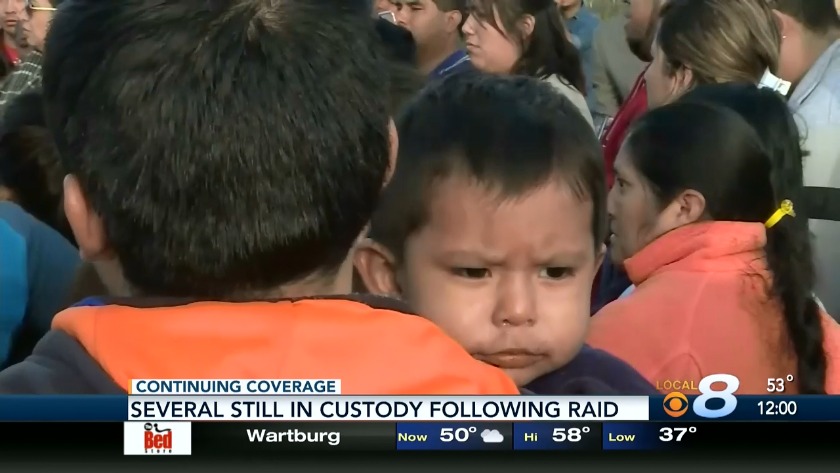 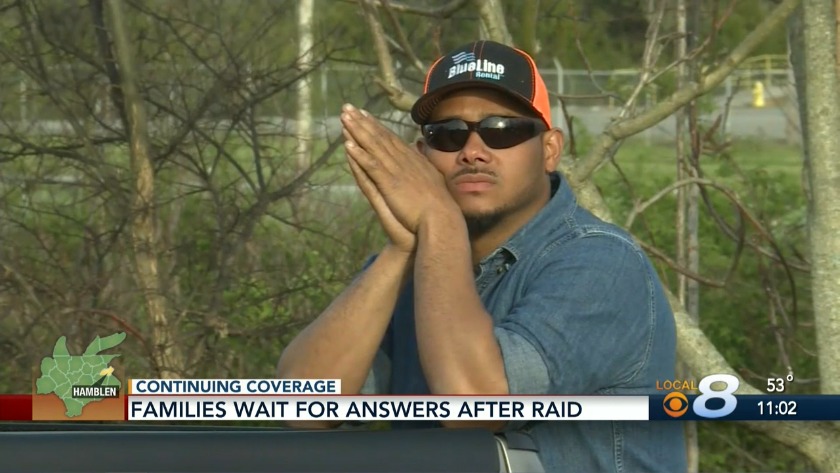 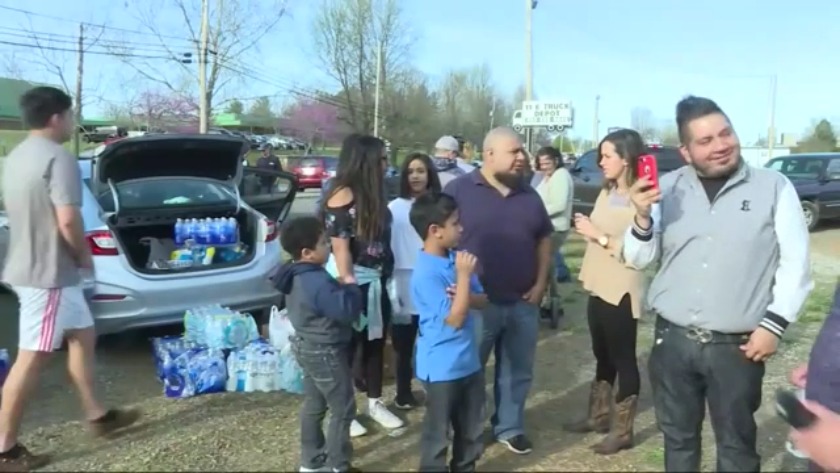 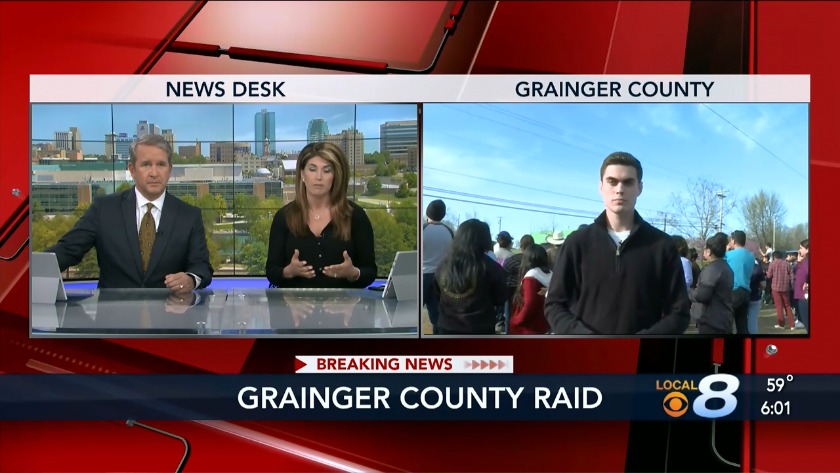 BEAN STATION, Tenn. (WVLT) -- 54 people face deportation following the raid of a Bean Station slaughterhouse after an IRS probe details $25 million in cash withdrawals and possible tax evasion. Federal agents detained 97 people following Thursday morning's unexpected raid at Southeastern Provision. According to investigators, 54 of those people were placed in custody facing deportation, 32 were released, and the remaining 11 faced either federal or state charges.

Affidavits filed on April 2, claim General Manager of Southeastern Provisions James Brantley and others failed to report more than $8 million in wages to the IRS from 2013 to 2016 and exploited undocumented immigrants.

The IRS and Tennessee Highway Patrol started the investigation after learning about large cash withdrawals happening each week at Citizens Bank, totaling $25 million since 2008. In December 2016, the general manager's daughter, Kelsey Brantley, allegedly applied for a loan at the bank with company letterhead that said, "We do not furnish pay check stubs." According to the affidavit, bank employees toured the cattle slaughterhouse in 2016 and were told the "employees were Hispanic and paid weekly with cash."

Court documents shared details from a four day period that a law enforcement informant worked for Southeastern Provisions. The informant reported never being asked to complete any paperwork, provide identification or documentation before being hired. At one point during the job, another employee reportedly recognized the informant and reassured them they did not have to use a fake name while working at Southeastern Provisions. The informant said they were paid $10 per hour in cash received in an envelope at the end of each week.

Tax forms filed by Southeastern Provisions allegedly show that 44 people worked at the facility. However, investigators reported seeing over 80 cars on the property on two occasions.

Agents initially believed that between 30 and 40 undocumented immigrants' wages were not reported. Documents show that James Brantley, his wife, Pamela, and two plant managers under reported their earnings on W-2 forms, claiming they made between $8 to $12 per hour.

Investigators determined they needed to seize the entire computer operating system, installed programs and data stored on computer media as evidence. Federal authorities plan to examine all data found at the Helton Road facility and adjacent properties. The sorting process could take anywhere from weeks to months, depending on the amount of data stored.

At least 54 people working at the plant could be deported in what the Tennessee Immigration and Refugee Coalition calls "the largest workplace raid in a decade."

Ten people were arrested on federal criminal charges, one on state charges, and 86 on administrative charges. A representative with ICE said that of the 86 administrative arrests placed in removal proceedings, ICE's Enforcement and Removal Operations put 54 people in detention and 32 were released from custody.

A person at the scene, Faustino Hernandez, told Local 8 News about the raid at the meatpacking plant in Rutledge and said agents allegedly entered the building without notice. Hernandez said ICE officers surrounded the building so that no one could leave, and all those inside were detained.

ICE said the people who were determined to be subject to removal were "administratively arrested and placed in removal proceedings," though officials were unable to release specific information on the arrests.

50 people remained detained in the armory overnight Thursday. Morristown officials said some people were arrested and put on buses to Louisiana for a federal hearing.

Members of the community worked to help pick up kids and inform family members of the individuals affected by the raid Thursday afternoon. The children were housed at a local church until arrangements could be made.

Several family members of people detained Thursday told Local 8 News they expected their loved ones to be deported because they lacked proper documentation.

The Hispanic Outreach Leadership Alliance (HOLA) contacted the Tennessee Immigration Rights Coalition, who sent lawyers and help to reunite kids and parents. HOLA and community leaders were helping families complete official paperwork that would release children from their families so that other guardians could take over their custody.

Multiple families gathered at a legal clinic at Saint Patrick Church on Friday, wondering if they would ever see their families again. At the clinic, families were able to ask questions. The organization is helping to coordinate mental and health care, food and other basic needs.

Morristown police said friends and family may reach out to 888-351-4024 for information.

Affected families can use ICE's detainee locator here for more information on their loved ones.

Anyone seeking info about relatives possibly detained during the execution of a federal warrant in Grainger Co today may use these contacts provided to us by the involved federal agencies. Friends and Family: 888-351-4024 Media Info: Tammy Spicer-Tamara.spicer@ice.dhs.gov