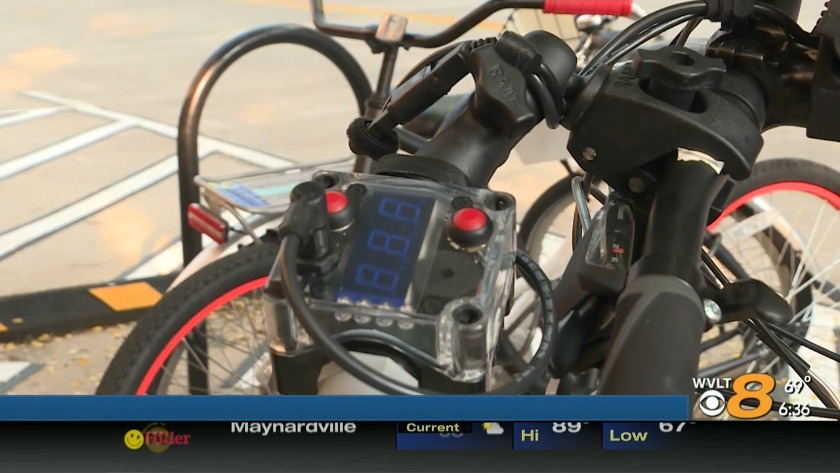 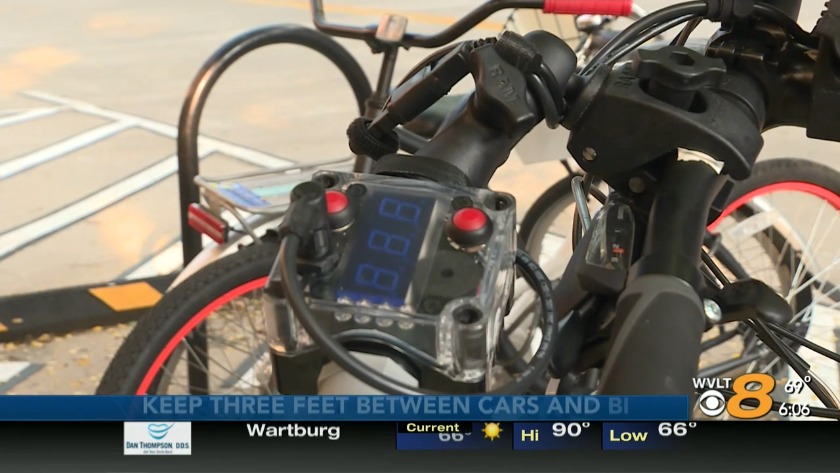 The "Minimum Three in Tennessee" campaign is designed to bring awareness to the Three Foot Law, which came into play back in 2007.

Amy Johnson is the founding officer for Bike Walk Knoxville and played a large roll in bringing the devices to law enforcement in the city. She explained it's against the law to drive too closely to a bike, but it's also hard for officers to enforce.

The department asked Johnson and a few other bike advocates to try the new equipment out, along with a GoPro camera and a tool to collect data.

"I've also captured, since I've been riding with this, a few verbal attacks that have been caught on camera. While the driver may have given three feet, the driver or passenger had some choice words for me and it all got caught on camera," she said, pointing to the GoPro on her handle bar.

According to the National Highway Traffic Safety Administration, 30% of bicycle deaths nationwide involve a motor vehicle overtaking a bicyclist.

In Knoxville, 10% of motor vehicle crashes occurred when the bicyclist was hit from behind.

"City streets thrive when all of its users—motorists and bicyclists alike—adhere to the law," said Knoxville Police Chief Eve Thomas. "Traffic laws are established to save lives and keep all members of the community safe, so we're happy to get behind this campaign to raise awareness of the Three Foot Law."

Knoxville has twice been certified a "Bronze Bicycle Friendly Community" by the League of American Bicyclists, a designation equivalent with cities like Miami, Los Angeles and Baltimore.

KPD is offering a two week grace period, in which officers will give warnings if driving too closely to bicyclists.

After October 4, drivers will be cited.

Suspect at large after shooting at Knoxville pawn shop

Suspect at large after shooting at Knoxville pawn shop