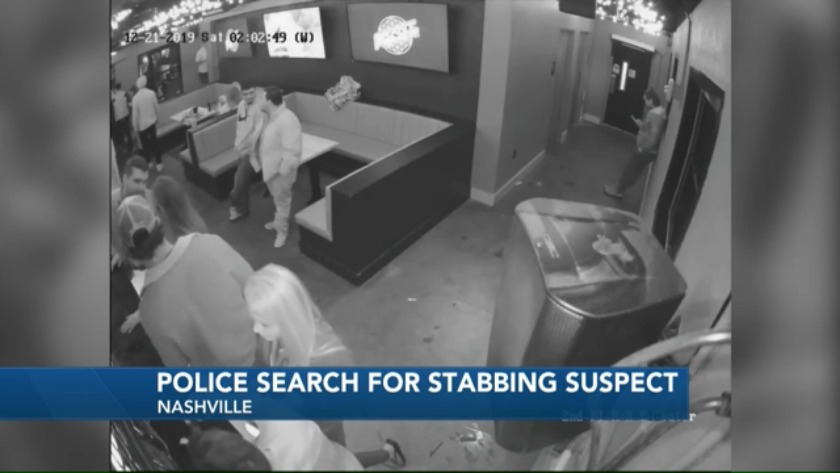 NASHVILLE, Tenn. (WVLT/WTVF) -- The case against Michael Mosley, the man accused in a fatal stabbing outside a Nashville bar, will move forward after a preliminary hearing Tuesday.

The judge found probable cause on two charges of criminal homicide and one charge of attempted homicide to send the case to a grand jury.

The Tennessee Bureau of Investigation announced the arrest of Michael Mosley, 23, in connection to a fatal stabbing outside a downtown Nashville bar that left two dead and one injured. Alvin Jefferson "A.J." Bethurum, 21, survived the incident that police said happened outside the bar. Bethurum is a student at the University of Tennessee Knoxville. According to WTVF, he was at a vigil in Nashville held for the victims on December 26.

Bethurum suffered injuries to his eye and arm. Beathard and Trapeni played football at Battle Ground Academy located outside of Nashville, Tenn.

According to a report from the Tennessean, Mosley's lawyer, Justin Johnson, said that Mosley was acting in self defense based on a review of evidence in the case. The two victims who died from the incident were Clayton Beathard, 22, and Paul Trapeni III, 21.

On Christmas Eve, Mosley was added to Tennessee Bureau of Investigation's Most Wanted List. Governor Bill Lee offered a $10,000 reward for information leading to his arrest.

In addition to the amount the governor set aside on Tuesday, the TBI previously announced a $2,500 reward when he was added to the Most Wanted List.

No information has been released about anyone laying claim to the reward money.

Mosely's attorney said he was also injured during the fight.

In March, Mosely was among five other inmates involved in a fight at the Cheatham County Jail. The fight started between Mosely and another inmate after inmates broke down the door of a cell using a bed frame.

According to court records, Mosley has a court appearance scheduled for January regarding an aggravated assault charge from the Dec. 2018 attack of a 37-year-old woman, WTVF reported. Nashville police said Mosley was released on a $5,000 bond when the stabbing incident happened.

Alvin Jefferson "A.J." Bethurum, 21, survived the incident that police said happened outside the bar. Bethurum is a student at the University of Tennessee Knoxville.

WVLT News spoke with Bethurum who said, "All my thoughts and prayers (go to) the families of my friends who passed away yesterday."

According to WTVF, police said the stabbings appeared to be the result of an argument over a woman that began inside The Dogwood bar. The argument turned physical when those involved went outside.

During the fight, three men were stabbed, two of which died later at Vanderbilt Medical University Center.

"We are devastated by this tragic loss to our community," Head of School, Will Kesler, said in a statement. "No one should have to endure such a terrible loss of loved ones. We pray for the families and their friends for strength, support, and guidance through this most difficult time."

Beathard was named as Tennessee's Division II Class A Mr. Football his junior year. He is the brother of NFL quarterback CJ Beathard and grandson of NFL Hall of Famer Bobby Beathard. His father, Casey Beathard, is a Grammy-nominated country music songwriter, WTVF reports.

Surveillance footage shows Mosley during the incident. Police said Mosley can be seen in the video at the bottom of the screen talking with the woman.

Michael Mosely is 23-years-old. He is 5’7”, 150 lbs. and has brown hair and hazel eyes. A reward of up to $2,500 is being offered for information directly leading to his arrest. Call 1-800-TBI-FIND! Please, RT to help spread the word! pic.twitter.com/cYlShkuZ0W

INCREASED REWARD: @GovBillLee has authorized a $10,000 reward for information leading to the apprehension, arrest, & conviction of the person/persons responsible for the murders of Clayton Beathard and Paul Trapeni.

I will add $10k to the reward for anyone who finds this guy. https://t.co/P3MvTKyawL

COVID-19 unemployment: Everything you need to know about payments, applying

What is considered an essential or nonessential business in Tennessee?

COVID-19 unemployment: Everything you need to know about payments, applying

What is considered an essential or nonessential business in Tennessee?