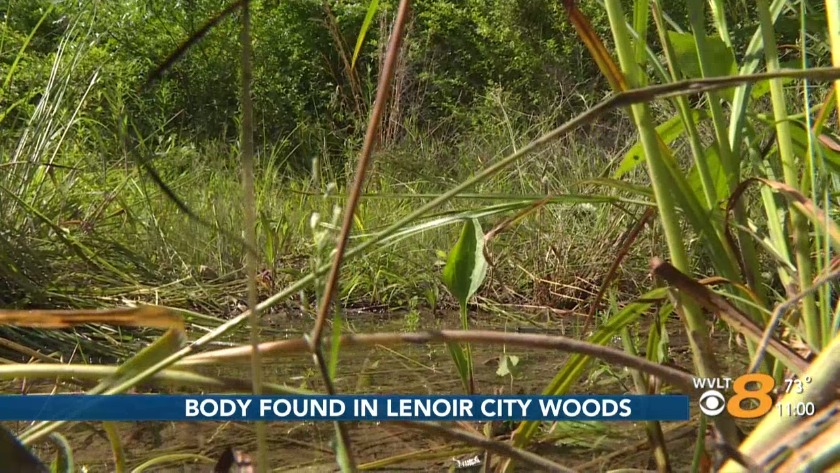 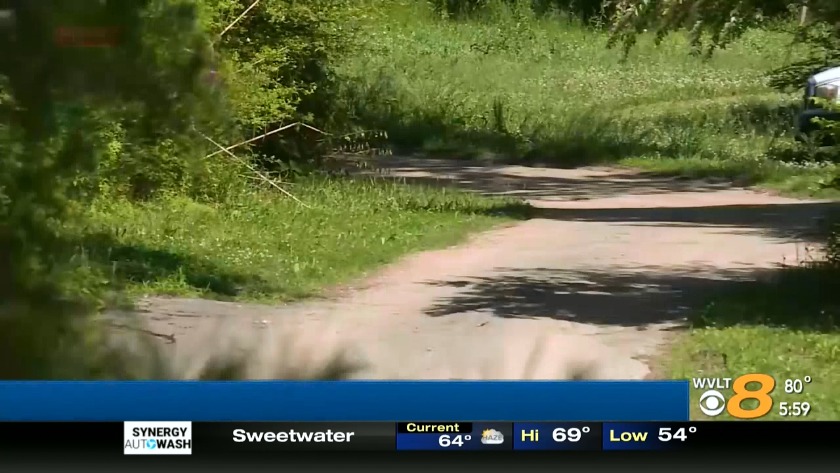 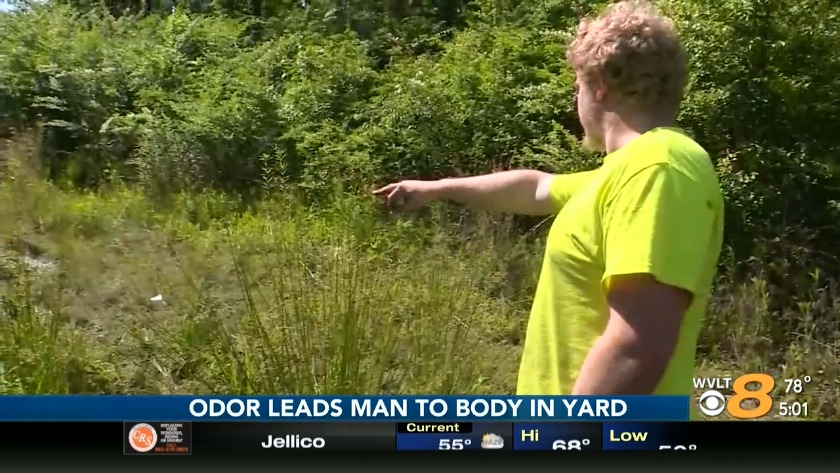 LENOIR CITY, Tenn. (WVLT) -- Lenoir City Police Department identified a body found on a vacant lot Thursday as Rudy Stricker, 37. His cause of death has not yet been determined. Results from an autopsy are pending.

A man points to the place he discovered a body in Lenoir City. (WVLT)

A neighbor told WVLT News he found a body on a property near his Lenoir City home on Thursday, May 16.

Preston Sutton said he thought he smelled a dead animal but upon further investigation, he said he discovered a human body in the woods behind his home.

Sutton told WVLT News the body belonged to a man who was wearing a shirt but no pants and appeared to be in his mid 30's. Sutton knows his neighbors but said he did not recognize this man.

Sutton said the body had likely been there for at least a week.

The body was found near a creek about a five to 10 minute walk from Sutton's home off Church Drive. He described the neighborhood as a rural area.

Stricker suspects something suspicious. "Something isn't right," he said. "There's a lot of people lacing methamphetamine with fentanyl and it's bad. It's killing people."

Chief White said officers processed the area as a crime scene but wouldn't say whether foul play was suspected. "Anytime we find a body we work it as a scene and collect any evidence."

Chief White said a medical examiner was working to determine a cause of death.

WVLT News has a crew at the scene working to learn more.

WVLT Weather: Rain at times to end the week

COVID-19 patient being treated with Remdesivir released from Blount Memorial

WVLT Weather: Rain at times to end the week

COVID-19 patient being treated with Remdesivir released from Blount Memorial