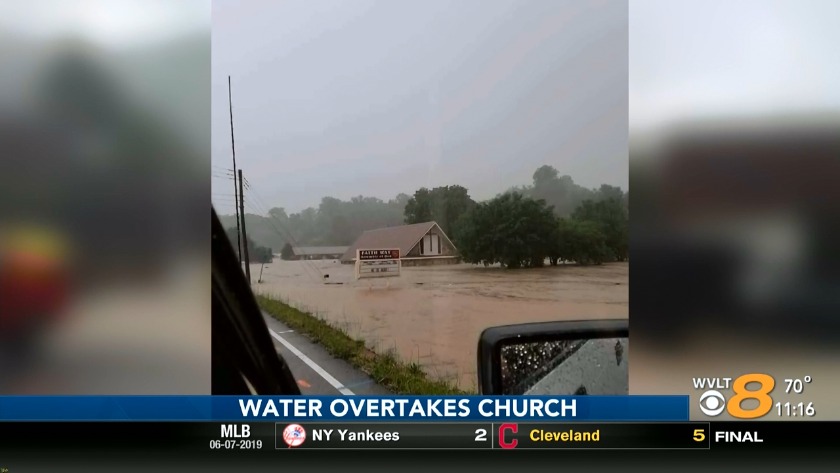 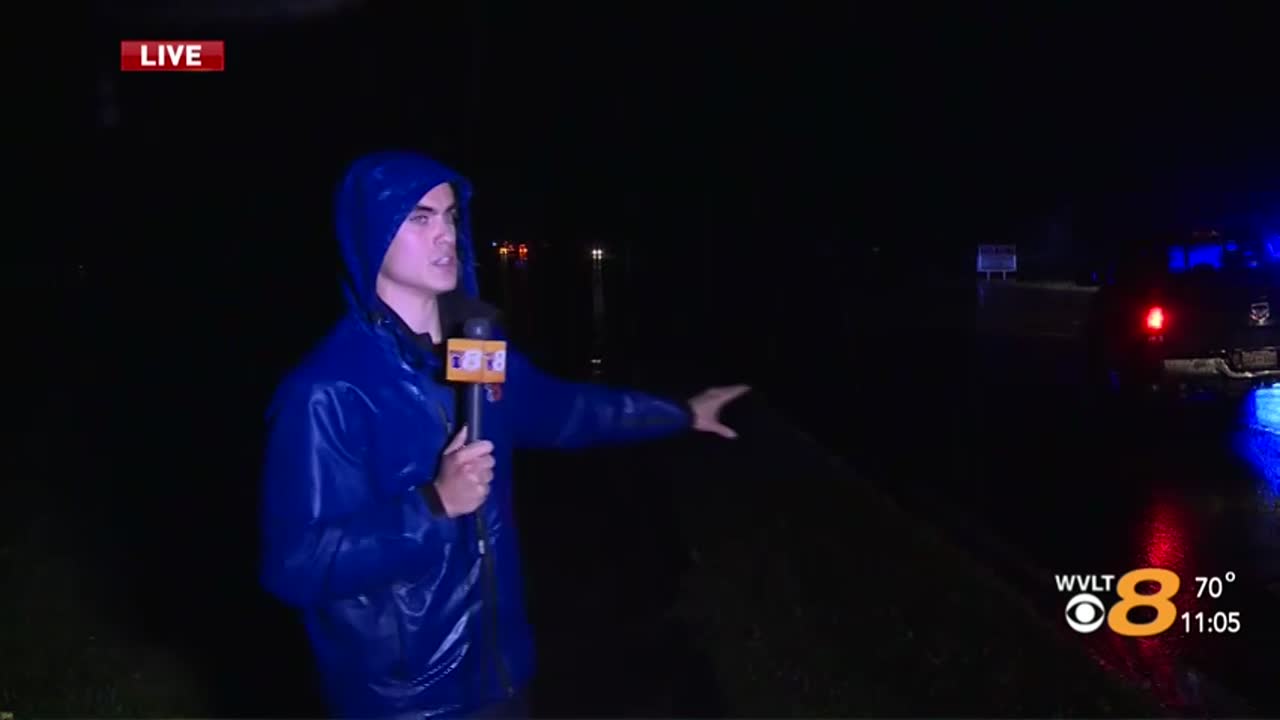 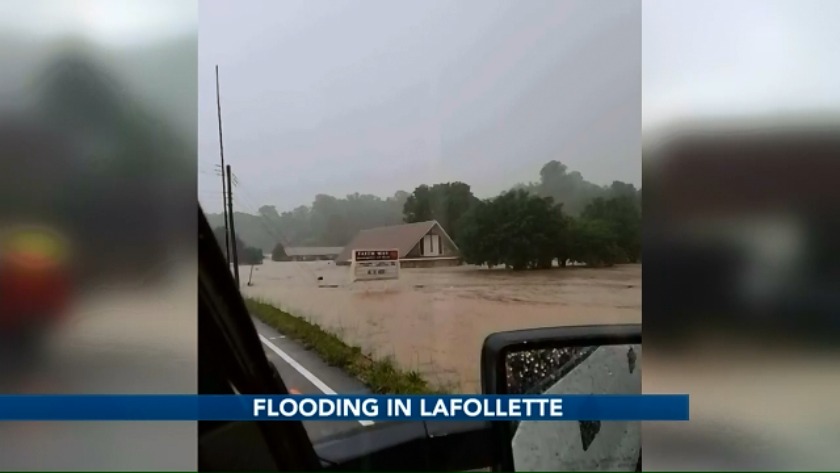 Several roads were forced to close Saturday as rain flooded roads in parts of Campbell County.

According to Campbell County Dispatch, only three roads remain close as of Sunday afternoon:

Long Hollow road closed at 8 a.m. for repairs. Cross Creek Road and Pine Tree Drive have closed due to after effects of the flood.

Campbell County Dispatch confirmed that more than 2,700 residents were without power early Saturday.

Law enforcement in Campbell County said they have received reports of multiple sinkholes.

Intense and rapid flooding hit Campbell County on the night of Friday, June 7, after more than four inches of rain fell in the area.

Five people were rescued, power was out, a shelter was opened, an apartment complex was damaged and at least two churches were flooded nearly to their rooftops.

According to Campbell County Dispatch, most of the main roads in LaFollette were closed Friday night. Officials warned people to stay off the roads and call 911 for help.

State Highway 25 and Highway 53 were impassible as of late Friday night. Crews were working with Claiborne County to open up Back Valley Road to bypass flooded parts of Highway 63.

A shelter was set up at Jacksboro Middle School. It was previously located at the LaFollette Recreation Center, but power was down at the center. Officials were waiting on assistance from the Knoxville Red Cross.

Part of Highway 63, a four-lane highway in Campbell County, flooded, along with Pleasant Ridge Road.

LaFollette Middle School, Faith Way Assembly of God Church, along with one other place of worship, all flooded. A nearby apartment complex was also reportedly destroyed.

Dispatch said crews spent late Friday night performing rescues, many in the southern part of the county. Five people were evacuated by boat on Highway 63.

The Tazewell Police Department said that the police and fire stations were flooding in LaFollette.

In another part of East Tennessee, a funnel cloud was captured by many people on video.

If it did in fact touch down, the National Weather Service announced it would survey affected areas. The NWS said it was coordinating with the Blount County Emergency Management Agency to see if there was any damage reports in the Maryville area.

Meteorologist Heather Haley said that if it touched down, it would be called a Landspout. A Landspout has the same characteristics of a tornado, but the name is different because it doesn't come from the typical convective storm system.