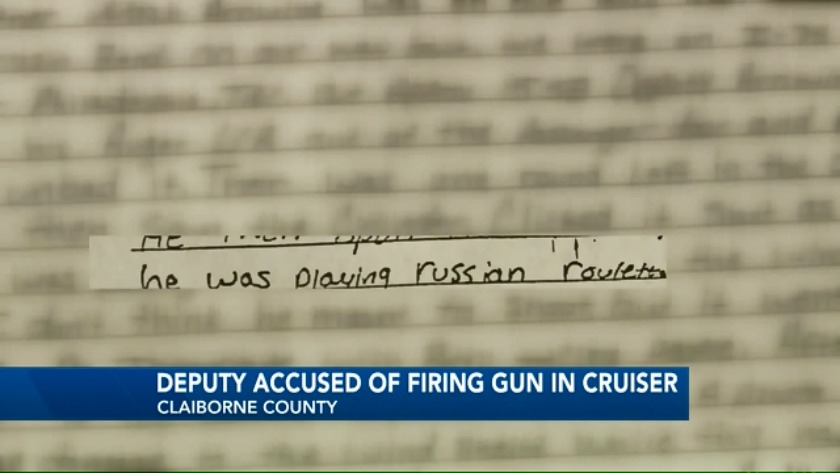 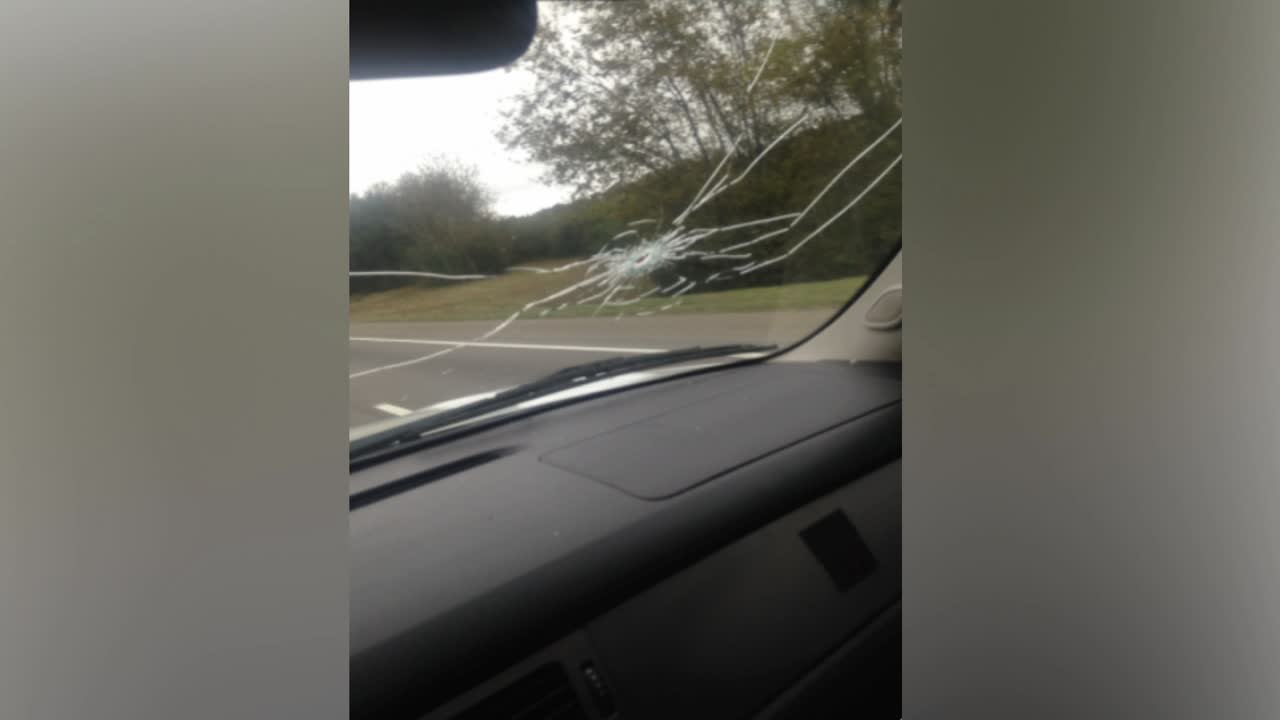 TAZEWELL, Tenn. (WVLT) -- A Claiborne County deputy accused of firing his weapon through the windshield of a cruiser while riding along I-75 has been fired for insubordination.

A Claiborne County deputy allegedly fired a gun through the windshield of a cruiser on I-75. / Source: (T. Scott Jones)

Previous Story:
A Claiborne County deputy is accused of firing his weapon through the windshield of a cruiser while riding along I-75. The supervising officer who reported the situation, Assistant Chief Mark Ellis, was later fired following an investigation by the Tennessee Bureau of Investigation into an unrelated matter.

Sheriff Bob Brooks confirmed to WVLT News that the accused deputy, Noah Arnwine, remains as a transport officer and is qualified to carry a gun.

The Sheriff said Arnwine has not been involved in any additional incidents.

According to the "Negligent Discharge of Firearm" report filed by former Assistant Chief Ellis, and based on witness testimony provided by Deputy Cody Lankford, Arnwine was riding in a cruiser on November 2 when he "started to play with" his .38 caliber revolver.

The report went on to say Deputy Arwine emptied all but one bullet from the gun, then began to play "Russian Roulette" with the weapon pointed toward the windshield "in a straight line that could strike traffic."

According to the report, Deputy Lankford was driving the cruiser with Deputy Arnwine as a passenger.

Sheriff Brooks said he has never seen or heard of that report, but there was a written warning given. "I was made aware there was an accidental discharge of a weapon," said Brooks. " [Arnwine's] supervisor, who was Mark Ellis, he conducted the investigation and gave him a written warning which I have on file in my office, and it is false that Ellis strongly wanted to let him go."

However, the memo obtained by WVLT News, allegedly written by Mark Ellis says "I recommend that Officer Arnwine face immediate termination and [be] charged with reckless endangerment."

"I don't want the kid to lose his job, but he definitely needs to mature up a little bit cause we were on the interstate," said Deputy Lankford in an interview. "It was just so crazy, I'm still in awe... I hate that he's probably gonna lose his job, but God Almighty he needs a job where he doesn't get to handle a gun every day."

"I slowed down to like 40 on the interstate because I was just waiting for somebody to wreck and start flipping end-over-end because they got the back of their head blown off," said Lankford.

According to Attorney T. Scott Jones, who represents Ellis, the former assistant chief who was responsible at the time for supervising the alleged shooter, the sheriff failed to take appropriate action in response to the incident.

"Mark Ellis was greatly disturbed by what happened. He was tasked with supervising two young officers who were transporting a prisoner to Moccasin Bend when the incident happened," Jones said in an interview with WVLT News. "He took the appropriate action following the incident. He was concerned not only with the risk to human life, but also the destruction of county property."

No injuries were reported in relation to the incident.

Jones said it was his understanding that Sheriff Bob Brooks took no action, then fired Ellis over an unrelated incident involving an inmate. Jones said his client was adamant that his position of authority was undermined by the sheriff.