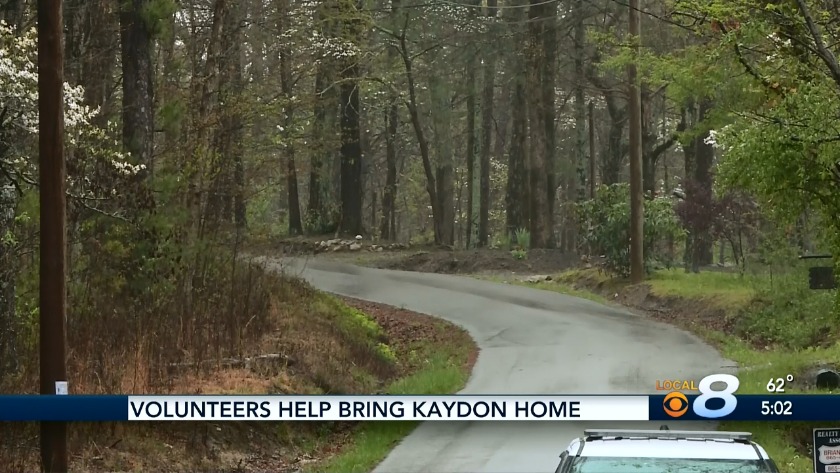 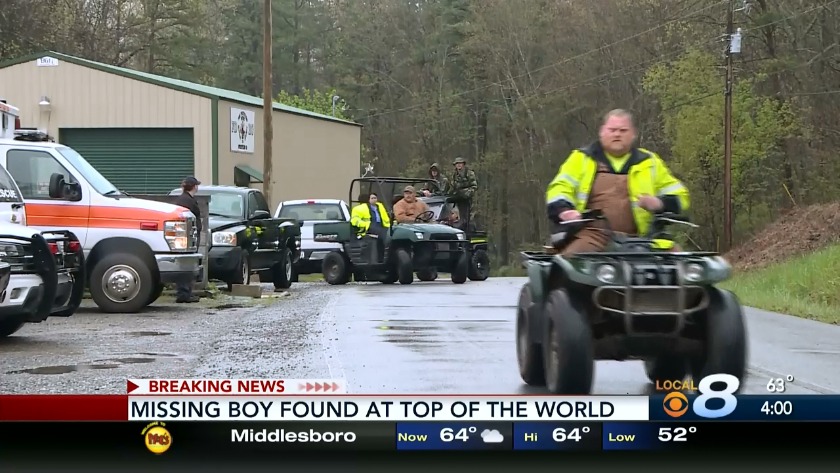 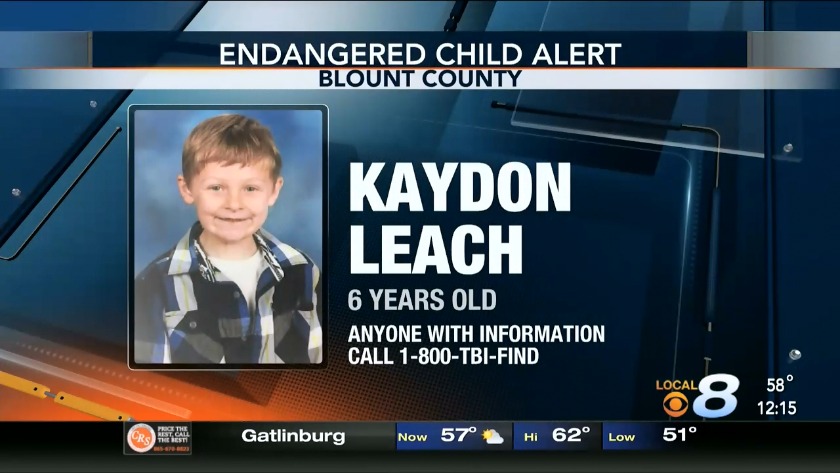 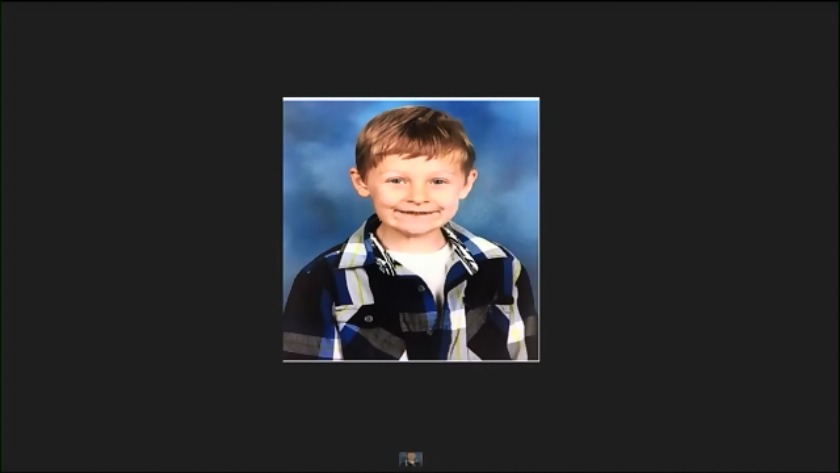 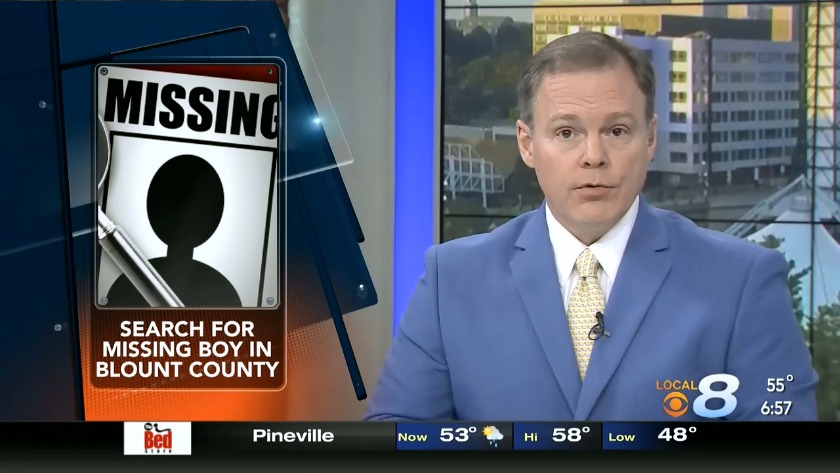 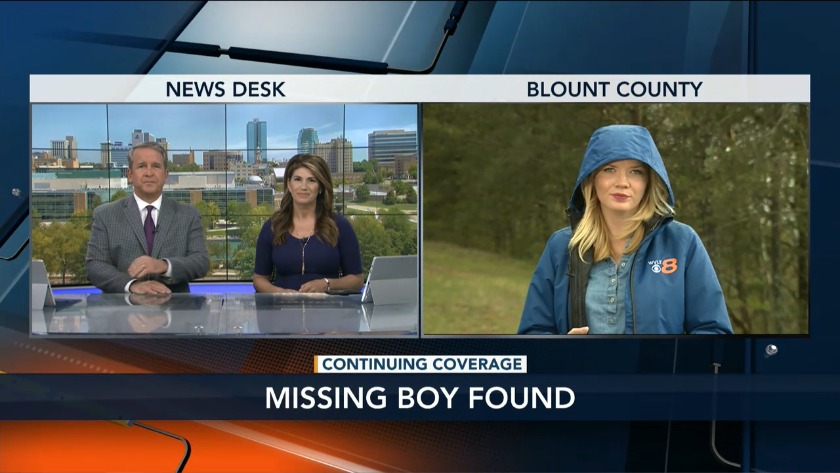 BLOUNT COUNTY, Tenn. (WVLT) -- The Blount County Sheriff's Office searched for a missing 6-year-old boy in the Top of the World area who was last seen Monday night before he was discovered around 3:25 p.m. Tuesday, about a half mile from his home.

Dispatch told Local 8 News Kaydon Leach was found alive and was being checked out by medical personnel at the scene at around 3:30 p.m. Tuesday. Investigators said he was being taken to Blount Memorial Hospital around 4:30 p.m. Tuesday.

"We're so thankful to everyone, from local law enforcement agencies to volunteers, who helped us find Kaydon," the little boy's family said in a statement released Tuesday evening. "The amount of support we have received has been tremendous, even from people we don't even know. We appreciate all our friends and neighbors, and ask for privacy at this time."

Responders on the scene said Leach had just walked right out of the woods, though the rural terrain had made locating him grueling for investigators. Volunteers from the community came out to help find him. Brandon Parish was part of the crew that found him. Parish said Leach was purple and cold.

"We asked him if he was okay, how he was feeling, he said, 'Very cold,'" said Brandon Parish, who was a volunteer. "We said, 'We're going to get you down to safety,' and he started telling us his address, where he lived."

Officials said Leach had disappeared with his dog Monday evening.

"The dog was with him, yes," BCSO Chief Deputy Jeff French told Local 8 News after Leach was found Tuesday. "The dog growled at the rescuers when they approached Kaydon, so the dog is a protector."

Kaydon was previously last seen at around 6 p.m. Monday near his home on South Hummingbird Drive in Tallassee in the Top of the World community. The Tennessee Bureau of Investigation issued an Endangered Child Alert for Kaydon on Tuesday. The head of Blount County EMS said an IPAWS message was sent out to residents Monday night shortly before 10:30 p.m.

A representative with the Blount County Sheriff's Office said crews were out all night searching for the boy since they received the call shortly after 7 p.m. Monday. BCSO said about 100 first responders from local, state and federal agencies helped in the search.

"We've had resources out all night, and we are being assisted by the military who searched the area at Top of the World by way of a Black Hawk helicopter with Flir technology," Blount County Sheriff's Office Spokeswoman Marian O'Briant said. "We've also had boots on the ground all night."

Volunteers said they were happy to come together to join first responders in the search.

"We're a very tight community," said Parish. "We try to help everyone. I got a phone call about what was going on. I was coming up the mountain from work and just shot straight over, and did everything I could to help."

Volunteers said they wouldn't give up, even the ones who couldn't physically search.

"We knew it was going to be a long night," said Megan Kessler, who was a volunteer. "We brought coffee, chili, whatever they needed. We wanted to make sure we could supply it. They wouldn't let us search, so we did what we could."

The community came together through the Next Door app. It's an app that allows neighbors to communicate. HOA President Mike McClurg sent out a message to alert the community that Leach was missing.

"As soon as someone sends a message out, then everyone in the community receives it and can reply," said McClurg. "Just sent out 7- something, I guess, that a boy, 6-year-old, had been lost, and everyone knew what to do."

Crews searched the lake, land and mountain sides, along with several abandoned buildings, before the boy was found Tuesday.

He is 4 ft tall, 60 lbs, brown hair and blue eyes. His dog may be with him, a small black and white terrier.

He was last seen wearing a black t-shirt and gray sweatpants.