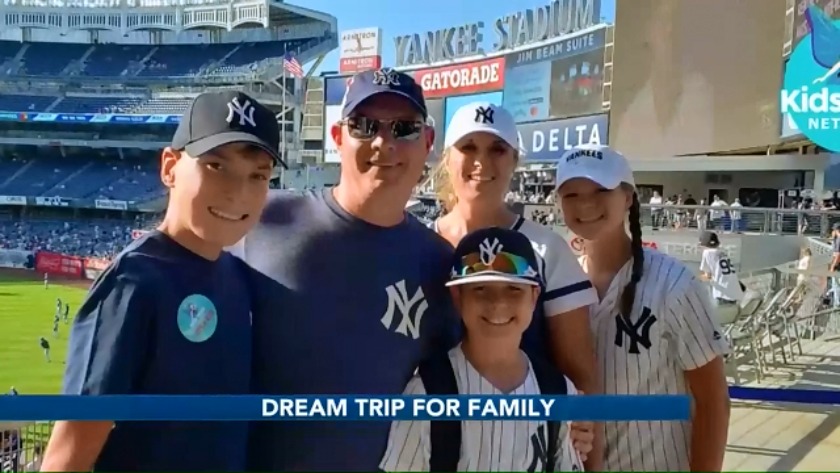 SEVIERVILLE, Tenn. (WVLT) - To be a kid again sounds nice, but not every child's life is a breeze. That's especially the story of Skyelar Effler.

The teen has been diagnosed with several life-threatening illnesses, but he's still thriving and reaching for the stars. Source: Kid's Wish Network

"I've been through some hard things in the past," Effler said.

Doctors told his parents he wouldn't see his ninth birthday after having several life-threatening illnesses.

"He has Simpson-Golabi-Behmel Syndrome, which is very rare. He also has Cerebral Palsey, and the most recent diagnoses is Dysautonmia," Heather Effler, his mother, said.

Four years past that deadline, he doesn't need candles to make his wish come true.

That's where the Sevierville Fire Department and the non-profit Kid Wish Network are stepping to give Skyelar a trip of a lifetime.

"I never knew we would be able to get to go there," Skyelar said.

He and his family got picked to get a bite out of the Big Apple. It's an opportunity that left him speechless. He could only describe it using one word.

He even got a chance to see the Yankees play ball and stay at a four-star hotel.

"I mean it just feels great that I can say that I've done it," Skyelar said.

Skyelar also got a glimpse of what it takes to be a first responder while meeting the firefighters.

"It was something we were really just very grateful for. It would have been something really hard for us to to be able to do. The people who were at the Roosevelt Resort they were beyond amazing to us," his mother said.