"We got 'em all:" Christian-Newsom families speak after guilty verdict 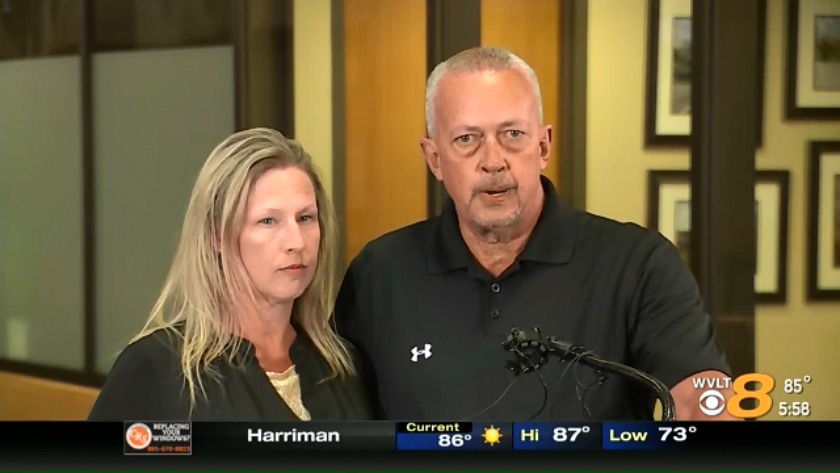 Parents Speak Out After Verdict Reached 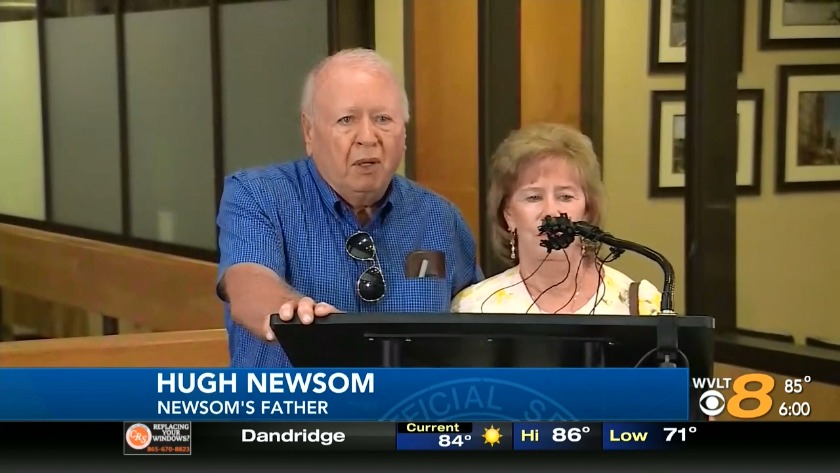 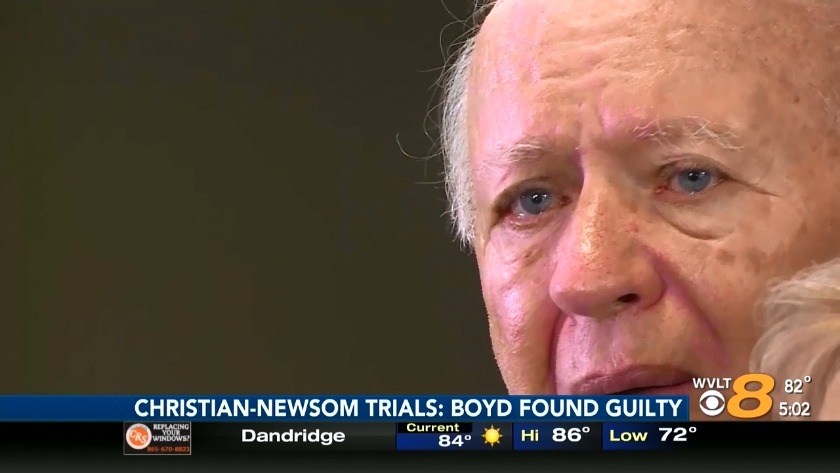 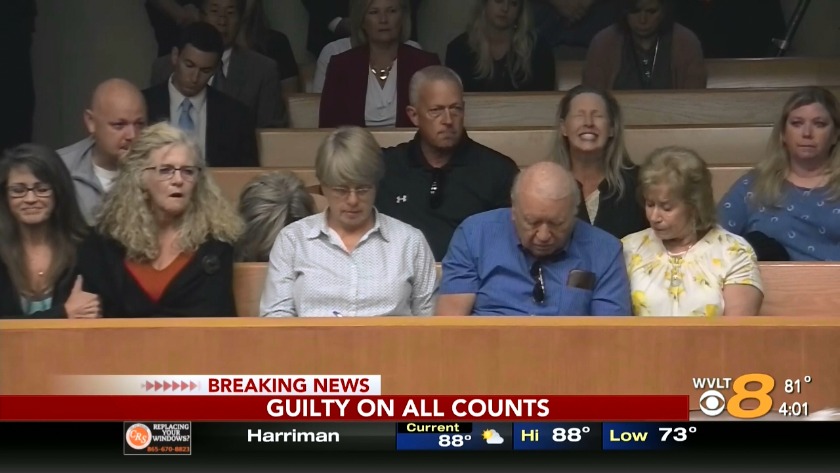 KNOXVILLE, Tenn. (WVLT) -- The families of Channon Christian and Christopher Newsom spoke to members of the media after Eric Boyd was found guilty in connection to the crimes against Christian and Newsom.

Hugh and Mary Newsom speak to the media after Eric Boyd was found guilty on all counts in the crimes against their son / Source: WVLT News

READ: Timeline of the trial

On August 13, Boyd was found guilty on 36 counts in the attacks, rapes and murders of Christian and Newsom that occurred in January 2007.

"I believe [Boyd] was just as much a part of the death of my daughter as any of them were," Gary Christian, Channon's father, said. "I'm very happy for Hugh [Newsom] and Mary [Newsom]. We've known since day one."

Christian pointed out that the two families have long pointed to Boyd as being a much bigger player in the deaths of their family members. "One of the first things that I remember hearing Hugh Newsom say in a meeting...was, 'No car, no crime'. He's been saying the same thing ever since, and he was right."

"We'll never get justice on this earth," Christian continued, "not for what they did. But I think we got, we got them all...and that's what I promised my daughter."

When asked if he felt closure, Christian said, "No, but I think we're getting close."

After Channon's father spoke, her mother, Deena, went to the podium.

"It's been a long time coming," Deena told the media. "[Boyd] has been getting away with murder way too long. I'm very happy."

"I made a promise to my daughter a long time ago, and I intended to keep it," she told a reporter after being asked about waiting for the verdict.

"I do believe justice was served," she said. "We'll fight for the rest of our lives trying to keep him in jail because, trust me, these aren't nice people. I don't want this to happen to anybody else's children."

"Anybody that was involved deserves to be punished," Deena added.

A reporter asked her what memories of Channon she held onto. "Well, I to keep all the memories, that's all I've got left. I don't get to talk to her anymore...any memory is a good memory."

Deena said if Channon were here she would tell her mom, "That she was happy and that she loved me."

"It has to be a hard task," she said, "for any juror, and seeing those pictures as ya'll all well know, are something that don't just go away. And there were a lot of young jurors...I just hope and pray they realize what they did was a big deal, and I'm grateful."

Mary and Hugh Newsom spoke after Deena Christian. The Newsoms said they always believed Boyd was more responsible for the crimes than his federal charges reflected.

"Twelve years ago, we made a promise to Chris that we didn't know who did this to him, but we would get whoever did. Today, that promise was fulfilled. Chris got the justice he deserved." Mary told the media. "I feel so happy about that. It's just what we wanted."

"Our final goodbye to Chris," Hugh said, "we hugged him, embraced him in his body bag. We were not allowed to see him, but at that particular time, Mary and I both promised we'd not stop until Eric Boyd was prosecuted for killing him. We've been working for 12 years on this."

Hugh talked about the number of calls and emails they made to the district attorney's office. "I expected to be arrested for harassment."

"A mother's instinct is never wrong," Mary said. "I had the instinct from the beginning that it was [Boyd] that killed Chris."

"[Boyd's] gun was the only one that wasn't found," Hugh said.

"You never get over it," Hugh said. "But we'll get through it. I borrowed those words from Willie Nelson, so they're not authentic."

"This is the closure that we've been looking for. It'll never bring Chris back, but it is a closure. And maybe we can get our life back," Mary said.

"Our children, one in particular, said, 'we'd like to have our parents back'," Hugh said. "It was long overdue, but we got him."

Hugh's voice broke as he said, "I can go to my grave now, satisfied that I fought a good fight."

When asked what the family wanted people to know about Christopher, Mary answered.

"Chris loved life," Mary said. "He enjoyed life to the fullest, and he always had a smile on his face. He enjoyed people, and he loved his family."

Boyd was automatically sentenced to life with the possibility of parole on two counts of felony first-degree murder. Judge McGhee set sentencing for the other charges on September 18.