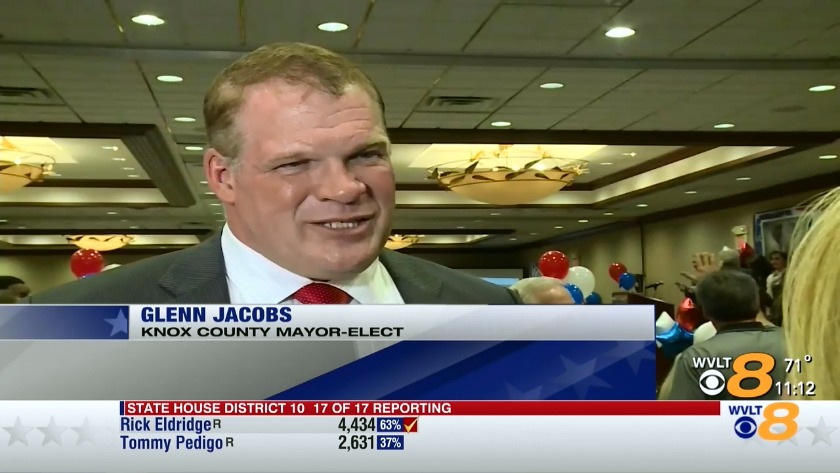 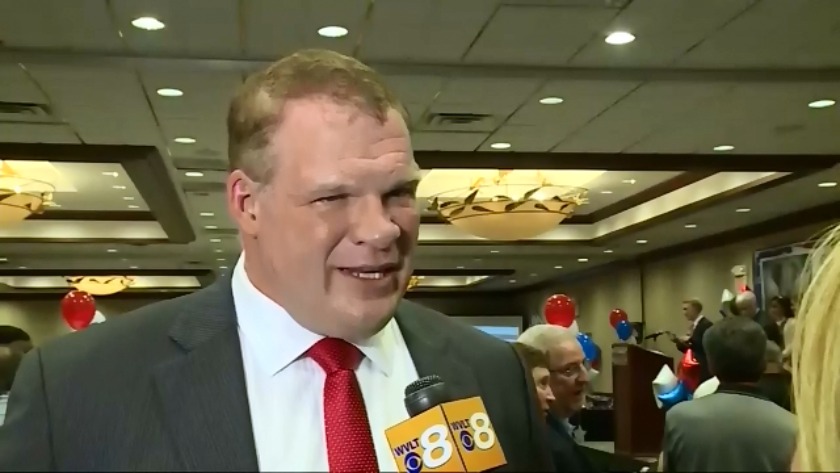 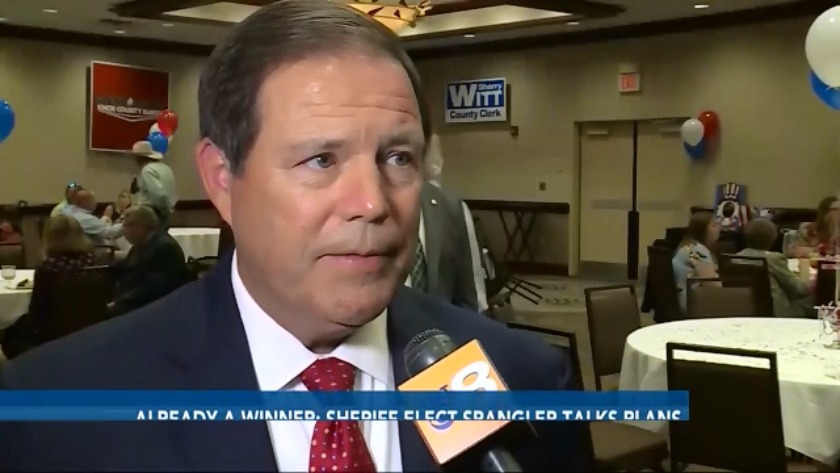 A WVLT News crew reported Jacobs arrived at the Crown Plaza around 7:30 p.m., which served as the Republican headquarters for election night.

With 100 percent of the precincts reporting by 10 p.m., the Republican nominee received 51,804 votes to his Democratic opponent Linda Haney's 26,224.

Jacobs applauded Haney for running a campaign for county mayor that's hard to win as a Democrat.

The county released votes on its website and on this backup document.

Any other questions? Call the Knox County Election Commission at 865-215-2480, or visit their website.

Learn more about the governor's race and other state primaries here.

What's on the ballot:

Tom Spangler, WINNER
Tom Spangler touts his experience in the Air Force and law enforcement. Spangler says he established the Knox County Sheriff's regional training academy and an aviation unit, and hopes to embrace progress in the Sheriff's Office through training, technology and tactics.

No democratic candidate qualified for the sheriff's race

Here's a list of all the candidates on the Knox County General Election/State Primary ballot.

Learn more about the Knox County Primary held May 1 here.