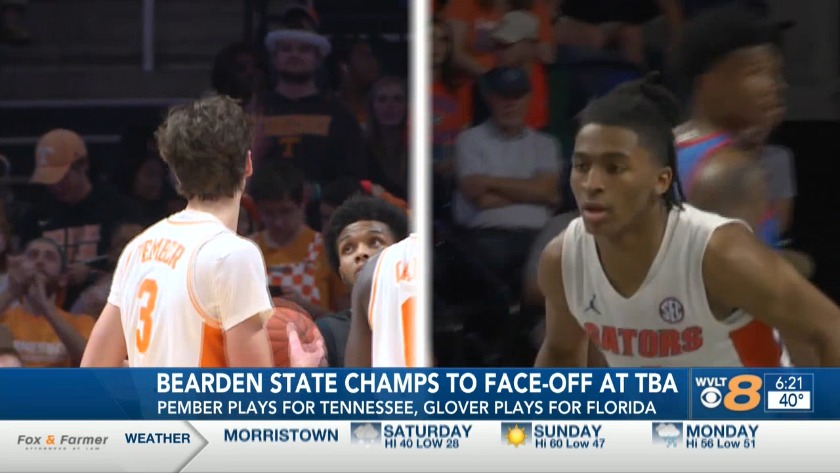 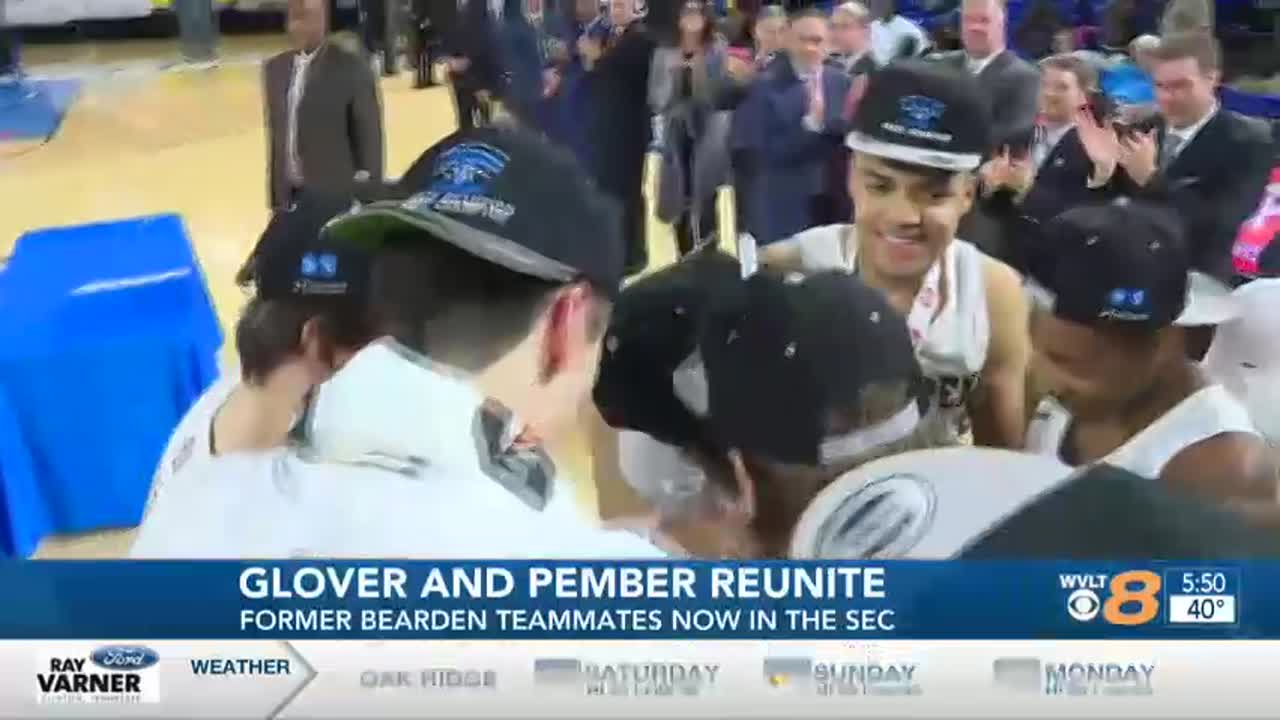 Bearden stars to square off

KNOXVILLE, Tenn. (WVLT) -- The Vols are getting set to host Florida Saturday afternoon at Thompson-Boling Arena in a game that's bringing back together a pair of athletes, who accomplished something special together last year here in Tennessee.

Glover has gone on to play for Mike White at the University of Florida.

Meanwhile, Pember stayed home and was signed by Rick Barnes at UT.

Both players are doing well at their respective schools, and as excited as anyone is their former coach, who says Ques and Drew are the latest in a line of local talent making East Tennessee proud, "You can go back to guys like Jordan Bowden and Dre Mathieu and guys that have come from this city, there are players here. Sometimes you can go overlooked because it's not called a hot-bed all the time; but I think with this group we just graduated, the guys that are playing in college especially Ques and Drew, there are some players here in Knoxville. I think they're proud of that. To see them get together on the same court lets everybody appreciate it," said Jeremy Parrott.

Glover is averaging 13 minutes and about 5 points a game for the Gators. Pember has been used sparingly by coach Barnes and is currently under concussion protocol, so his status for Saturday's game is questionable.