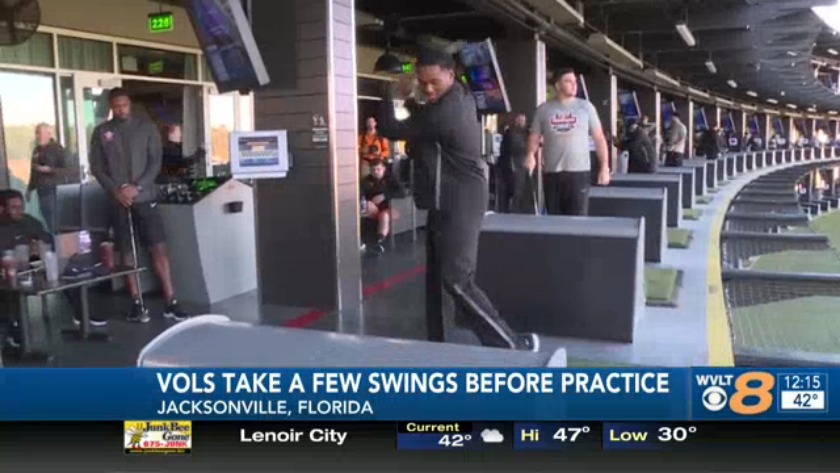 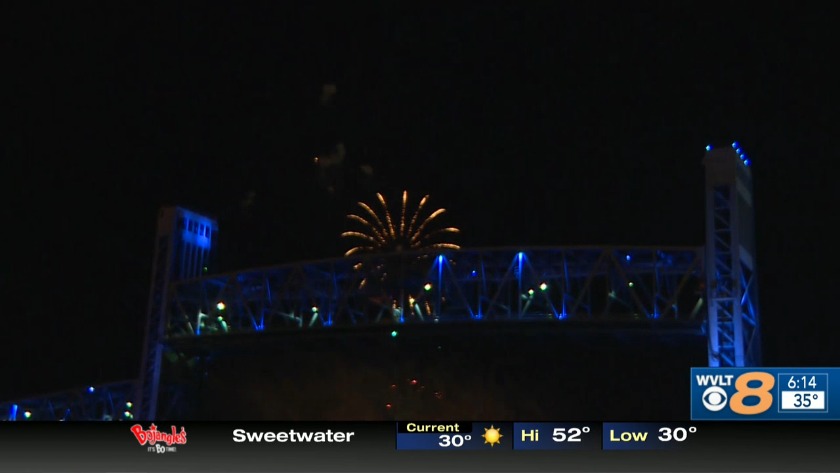 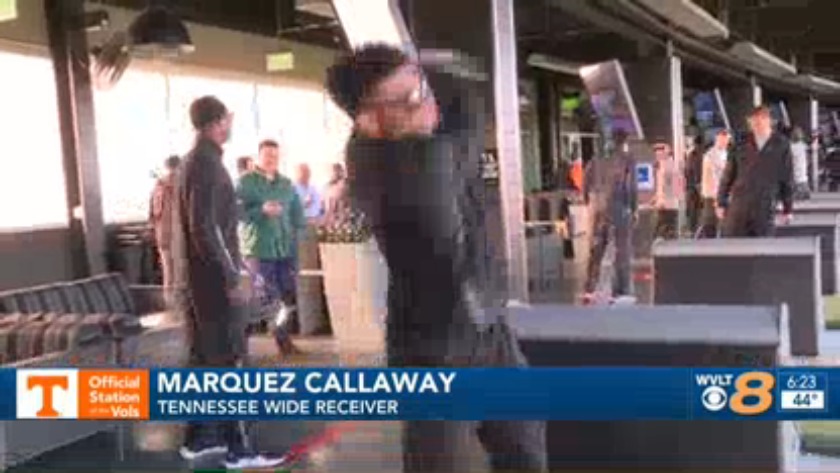 Fitting In Some Fun Before Gator Bowl

JACKSONVILLE, Fla. (WVLT) -- Between taking it to the tee box and another day of practice, Tennessee mixed some fun and hard work into day four of TaxSlayer Gator Bowl preps.

It was an early start for the Vols, but the early wake-up call was for something a little out of some players' comfort zones.

Golf is one of the few sports that can make these football players look human �� @wvlt pic.twitter.com/qTaRf8XVG8

“I ain't gonna lie, Ramel [Keaton] might be the worst player I've ever seen,” Marquez Callaway, senior wide receiver, said. “[Josh] Palmer is right behind him. I was trying to talk him through it on how to do it. You gotta bend your knees and clench your booty and just swing. That's pretty much it.”

After hitting the links, it was back in between the sidelines for practice. The Vols were ready, even if some had trouble remembering exactly what day the Gator Bowl is played.

"We out here getting ready for practice," Daniel Bituli, senior linebacker, said. " We've had a good few weeks preparing for this team coming up, Indiana. We just have to finish this so we can go out and win on Saturday, or Thursday, whenever we play."

While the Vols went to rest up, the fans found their way down to downtown Jacksonville for a little New Year's Eve fun. As the clock quickly approached midnight, Tennessee fans found themselves in the midst of Indiana fans, and the battle cries broke out. Check out what WVLT Sports Reporter Caleb Noe caught on camera.

When time ran out on 2019, people in Jacksonville celebrated with a dazzling fireworks show along the banks of the St. Johns River. One Vol fan said there's only one thing she hopes for in 2020.

"I need a big win," Rochelle Darnell, of Elizabethton, said. "I've had a rough Christmas and I need a great win."

Wednesday, Tennessee Head Coach Jeremy Pruitt is speaking for the final time before Thursday's game. Players will visit with the TaxSlayer Bowl Dream Team, children who are battling life-threatening illnesses, in the hopes of lifting the kids' spirits.