KNOXVILLE, Tenn. (WVLT)-- For the second year in a row Ryan Brehm has taken the first-round lead at the Knoxville Open, carding a 7-under 64 to lead by one stroke. In 2018, Brehm fired a first-round 65 to lead at Fox Den Country Club before falling to a T47 finish.
“For some reason, I play better on a golf course like this,” said Brehm of the shot-maker’s golf course. “You do have to shape the shots and the trees are there showing you what to do. I think it just makes it more artistic for me. For some reason, I had the opening round here last year and I don’t know what it is. It’s not like I’m super comfortable out there. The shots are difficult, but hopefully we can keep it going.”

Brehm, a Michigan State University alum, bogeyed his opening hole but rebounded with birdies at the second, sixth and ninth to make the turn at 2-under 33. Starting at the 10th, the 33-year-old posted birdies on every other hole on the back nine to close with a 5-under 31. He two-putted for birdie at the par-5 18th, one of only a few players to reach the green in two on Thursday, a decision made tougher by a pond that runs in front of the green.

“I just said, ‘Heck, why not roll the dice?’” said Brehm of his approach at the 18th. “The shot fit my eye and the number was good. I’ve been doing a lot of work on my launch monitor just knowing exactly how far it flies if I hit it a certain way. That number, I think we had 240 to the front edge, it was just a good number. It probably wasn’t the smartest play, I’m not going to lie.”

In addition to leading after the first round last year, Brehm finished T3 at the 2016 Knoxville Open. Prior to 2018, the Knoxville Open was played in August. Similar to this week’s PGA Championship, the tournament was moved to May, causing the course to play longer and tougher. With the move, Fox Den ranked as the 10th-toughest course on Tour in 2018, while it was never higher than the 16th-toughest in the 10 years prior.

Brehm has had an interesting path in professional golf. He played on mini-tours for a couple of years after graduation before returning to his alma mater as an assistant golf coach for two years. He played on the Mackenzie Tour – PGA TOUR Canada in 2014 and 2015 and the Web.com Tour in 2016. He graduated from the Web.com Tour in 2016 and earned his PGA TOUR card for the 2016-17 season.

Though driving distance is a strength of Brehm’s – he tied for the lead on Thursday with an average of 330.5 yards – the layout at Fox Den forces players to take clubs other than drivers off the tee.

“I only hit three drivers today; I hit a lot of 1-irons off the tees,” said Brehm. “I had Srixon build me a 1-iron this week. I wanted something that goes between the driver and the 3-iron that I can consistently shape in both direction and flight in both directions if I want to. It comes in really handy here.”

A recent strong stretch saw Brehm carry some momentum into the Knoxville Open. Despite missing the cut last week at the KC Golf Classic, he tallied back-to-back top-10s in his two previous starts (T9 at Dormie Network Classic at Briggs Ranch; T6 at Nashville Golf Open Benefitting the Snedeker Foundation).

Mark Hubbard, Billy Kennerly and Jack Maguire each sit one shot back at 6-under 65. The trio each posted six birdies and no bogeys on the day.

* Ryan Brehm has converted one of three career 18-hole leads/co-leads on the Web.com Tour to victory at the 2016 WinCo Foods Portland Open, his sole win on Tour.

* Jack Maguire missed nine consecutive cuts this season prior to his T6 finish at the KC Golf Classic last week. Posted a bogey-free 6-under 65 (T2) on Thursday in his third start at the Knoxville Open.

* Mark Hubbard tied his lowest first round of the season, posting a bogey-free 6-under 65 (T2) at Fox Den Country Club. Earlier this season, Hubbard carded a 65 in the first round of the LECOM Suncoast Classic on the way to earning his maiden Web.com Tour title.

* Knoxville resident Wes Roach carded an even-par 71 in the first round and sits T80. He finished T4 at this event in 2018, his best finish in six previous starts.

* East Tennessee State University alum Eric Axley competed in his hometown event for the ninth time, carding a 2-under 69 (T30). He’s looking to make the cut for the first time at this event.

* Coming off his first Web.com Tour victory at the KC Golf Classic, Michael Gellerman posted a 2-under 69 in the first round (T30).

* Matthew Short (-4, T7) paced the 12 Monday qualifiers in the field. Short was recruited to D-II Lees-McRae College to play basketball, but ended up getting a golf scholarship as well despite not playing on his high school team. Short has played on mini-tours over the years, but Monday qualified into the PGA TOUR’s Wells Fargo Championship two weeks ago for his debut in any PGA TOUR-sanctioned event.

* Dicky Pride withdrew after the completion of his first round.

* The par-4 first hole (499 yards) ranked as the toughest hole on the course on Thursday with a scoring average of 4.205. 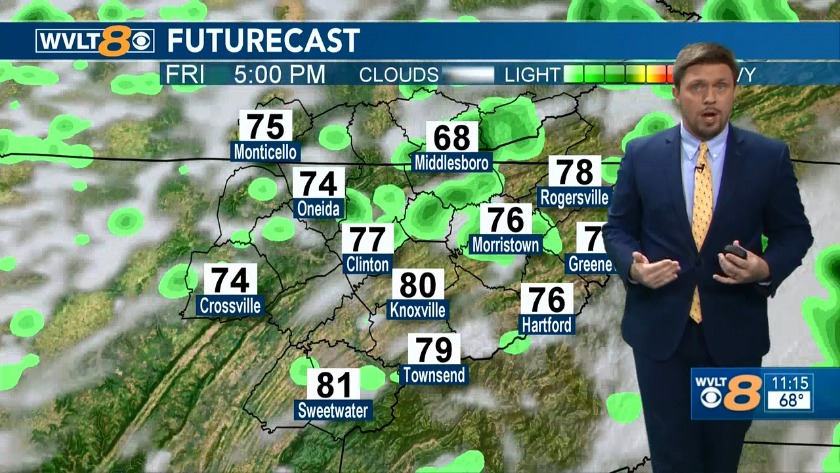